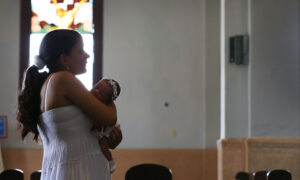 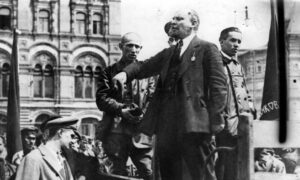 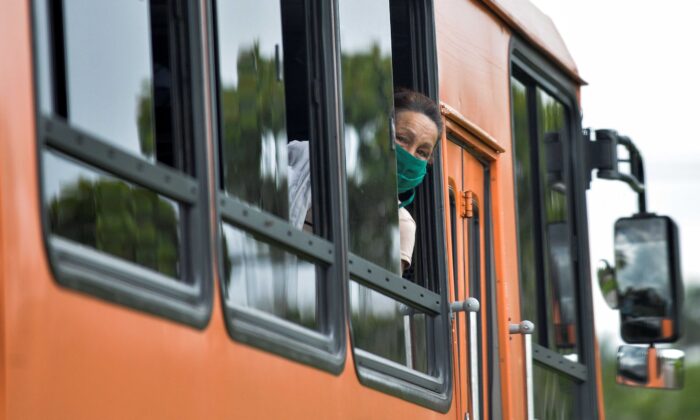 A woman wearing a face mask amid concern over the spread of the COVID-19 coronavirus, peers out the window of a bus in Havana on June 2, 2020. (Yamil Lage/AFP via Getty Images)
Viewpoints 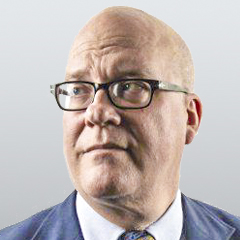 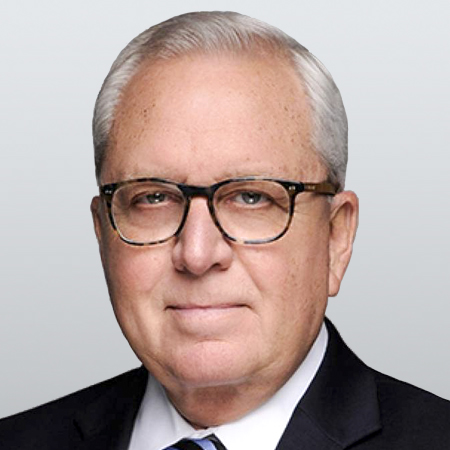 As if the COVID-19 pandemic were not sufficiently destructive, now Cuba, with the help of China, is again attempting to expand its influence abroad and totalitarian control at home by weaponizing it.

The political atmosphere in Cuba before the pandemic was charged with unusually large public protests, creating serious challenges to the police state. Facing disappearing subsidies from the insolvent Maduro regime in Venezuela, and the Trump administration’s targeted sanctions against Cuba’s military, security, and intelligence machinery, the Castro regime was desperate to avoid losing income from the tourism sector.

In his end-of-year speech on Dec. 21, 2019, “President” Miguel Diaz-Canel predictably blamed the United States for his government’s failures before the Cuban National Assembly of People’s Power, the Communist Party’s rubber-stamp legislature: “[I]n our economic results, is the impact that this [United States’] aggression has caused. Virtually every sector was obliged to face interruptions or delays in production.” Days before, the regime had taken small liberalization steps and released a few political prisoners.

When the pandemic struck, the regime pretended it would not affect Cubans or visitors “because of the tropical sun’s warmth.” When the virus became impossible to contain, however, information about it became tightly controlled.

Newly appointed Prime Minister Manuel Marrero adopted an unprecedented conciliatory tone in a speech directed at the political opposition, calling for unity “beyond political preferences. …” Repression, however, remains unabated, so the meaning of these words is in doubt.

Internationally, the Castro regime, with Chinese regime support, launched a propaganda campaign touting a Cuban “miracle drug” that could cure COVID-19 patients. On Feb. 7, Diaz-Canel tweeted, “Interferon alpha 2B: Cuban drug used in China against coronavirus. Our support to the Chinese government and people in their efforts to combat the coronavirus.” The claim was false.

Embarrassing Cuban propagandists, on March 18, the international news agency AFP reported: “The Cuban antiviral Interferon Alfa 2B is used in China to treat patients with the new coronavirus, but it is neither a vaccine nor a cure.” Dr. Nils Graber, a biotechnologist and health anthropologist at the University of Lausanne, Switzerland, told APF the Cuban drug was a “me too” antiviral, an imitation of existing drugs on the market.

Shifting its disinformation focus back to the island, the regime announced the successful containment of the coronavirus. It also announced sending Cuban medical missions to many countries in Africa, the Caribbean, and Latin America. In the last two years, however, Cuban medical workers have been expelled from three countries in Latin America, accused of interference in domestic affairs in Bolivia and Ecuador, and “slave labor” practices in Brazil.

Through the government’s exploitation of medical personnel, the missions serve two main regime political purposes: First, they are the largest single source of foreign exchange to Havana, and second, they serve as intelligence and propaganda operatives in the host countries.

One example of the medical missions’ ulterior objectives was revealed by Cuban doctors who defected from Venezuela and informed the New York Times that Cuban officials had ordered them to withhold medical supplies and treatment from a number of impoverished patients until a date closer to the Venezuelan presidential election on May 20, 2018, in order to ensure that patients would vote for Cuban ally Nicolas Maduro.

Months later, in November 2018, Brazilian president-elect Jair Bolsonaro accused Cuba of violating Brazilian law by keeping 75 percent of the doctors’ wages under the medical program Mais Medicos, and forcing them to work under surveillance and in conditions akin to “slave labor.”

In November 2019, the Ecuadorian government ended the Cuban medical program whereby 250 Cubans had traveled to Ecuador during a wave of violent protests a month earlier. The same month, the Bolivian government expelled four Cuban doctors who, according to eye witnesses, were distributing cash among supporters of ousted strongman Evo Morales, attempting to overthrow the new government of Jeanine Áñez.

As of June 7, the Castro regime claims that only 2191 people have been infected and 83 Cubans have died from the virus. The data are difficult to accept, given the long-established regime reputation of manipulating statistics for political objectives, and of no supporting public data or independent auditing.

Dissident sources in Cuba believe that the rate of COVID-19 spread is significantly higher, as illustrated by the regime’s recent reinstitution of draconian food distribution controls, forcing Cubans into ever-longer food lines where social distancing is impossible and compounded by a shortage of face masks.

Independent Cuban sources report regime censorship of COVID-19 outbreaks in Cuban prisons, such as La Pendiente, in the province of Santa Clara, a widely acknowledged virus “hot spot” where prisoners are overcrowded in small cells, with poor hygiene, insufficient food, and constant abuse from guards.

In March, political prisoner Roberto Quiñones denounced conditions in the Provincial Prison of Guantanamo: “Despite reports of the vulnerability of older adults … to COVID-19, many of them are kept in cubicles where they live in overcrowded conditions with almost two dozen people.”

More recently, Jose Daniel Ferrer, one of Cuba’s key opposition leaders, released from Aguadores Prison in Santiago de Cuba as a result of international pressure in April, told the authors that, “COVID-19 is spreading in the population. The statistics provided by the regime can’t be trusted.”

Cuba’s tireless resistance has not ceased its activities during the COVID-19 pandemic. Through sophisticated underground coordination and support from the exile community, activists continue to attend meetings and access the Internet occasionally to generate prayer circles and virtual “human chains” in an effort to support the release of thousands of Cuban political prisoners.

In 2020, dissidents on the island launched the “Yo los Quiero Libre” (I want them free) campaign demanding the release of political prisoners amid the pandemic. The campaign is an outgrowth of the “Pa la Calle” (to the streets) campaign that saw citizens openly demanding political and social rights.

Many Cubans joined the Yo los Quiero Libre campaign, creating a prayer chain, sharing messages of support, and promoting the plight of political prisoners by posting pictures and videos of Cubans wearing yellow, the color of the Cuban resistance. Given the dangerous conditions imposed by the repressive apparatus, the campaign is more evidence of the people’s will to fight for liberty and freedom.

As a realignment of U.S. foreign policy occurs, given new international realities caused by the pandemic, it is essential to address the continuing danger to this hemisphere of a totalitarian regime in power for over 60 years. In addition to the innumerable lives extinguished, and the destruction of what once was one of the most prosperous economies of Latin America, Cuba’s communist rulers have long used false information to undermine U.S. interests in the region.

Otto Juan Reich is a former U.S. Ambassador to Venezuela and former Assistant Secretary of State for Western Hemisphere Affairs.

Orlando Gutierrez-Boronat, Ph.D., is an author, educator, and analyst. He is the co-founder and spokesman for the Cuban Democratic Directorate (Directorio).