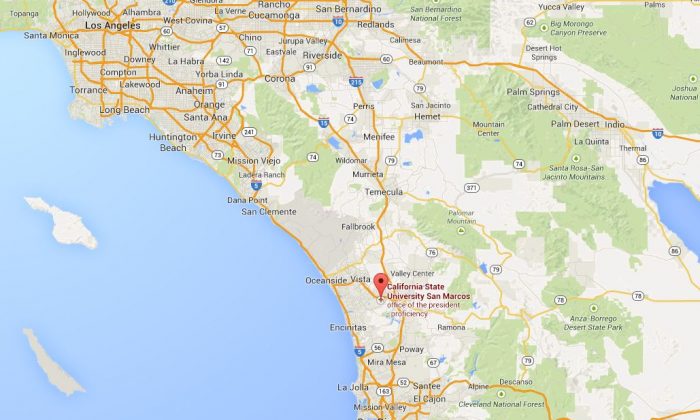 CSU San Marcos was placed on lockdown on Wednesday morning, according to reports.
US

CSU San Marcos was placed on lockdown on Wednesday morning, according to reports.

UPDATE as of 9:42 a.m. Pacific time: The lockdown was lifted, according to campus police. “CSUSM has issued an all clear. We have made contact with suspect, who was unarmed. Lockdown has been lifted,” police tweeted.

There were reports of a gunman on the campus. No shots were reportedly fired.

Deputies were responding to the situation, reported NBC San Diego.

Officials said that a person with a long gun was reported just before 9 a.m. local time.

Campus police said on Twitter: “You are instructed to shelter in place lock and barricade at your current location. More information coming soon.”

Associated Press Calif update: Some evacuees of Yosemite-area fire can go home
OAKHURST, Calif. (AP) — Firefighters gained ground Tuesday on a blaze in the foothills near Yosemite National Park, allowing some of the 1,000 people who fled the flames to return to their homes.

Nearly 1 square mile in Madera County had been scorched, revising earlier estimates that it had spanned about twice as much ground, state fire officials said.

Flames erupted Monday near Oakhurst, a community of several thousand about 16 miles from a Yosemite entrance, forcing more than 1,000 people to evacuate and thousands more to prepare to leave their homes. Some residents were allowed to go home, but sheriff’s spokeswoman Erica Stuart could not provide an estimate of how many.

Crews contained 30 percent of the fire, aided by humidity and calmer winds. Additional firefighters had been brought in to attack the blaze fueled a day earlier by gusty winds and dry brush.

The blaze that destroyed eight structures did not affect Yosemite National Park, and the road leading visitors to the park reopened Tuesday. It once threatened about 500 homes, but the risk has been minimized, officials say.

The fire comes amid California’s third straight year of drought, creating tinder-dry conditions that have significantly increased the fire danger around the state and sent firefighters scrambling seemingly nonstop from blaze to blaze.