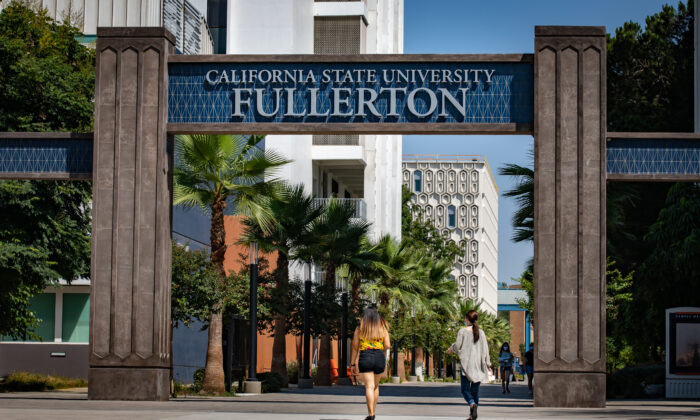 Economic professors from Cal State Fullerton on Oct. 20 shared their economic projection of higher inflation and slower growth, which they called “stallflation.”

In late 2019, the U.S. was enjoying a “Goldilocks” economy of not too hot and not too cold.

However, the massive fiscal stimulus and monetary stimulus over the past two years is now ending that “Goldilocks” economy, leading to supply bottlenecks, labor shortages, and higher inflation, the professors said.

Regarding the widely reported problems with the supply chain, “things are getting worse, not better.” The time to ship goods from Shanghai to the United States has already gone from 41 days to 70 days.

The labor shortages were partly blamed on all the recent strong fiscal support. The economists said the amount of money directed toward the unemployed divided by the number of people reported to have been unemployed is more than $60,000—substantially higher than many were earning before the pandemic started.

There are now 10.5 million job openings. Only 7.6 million claim to be looking for work. Meanwhile, the most recent government report said that 4.3 million workers had quit their jobs during the most recent month.

According to a separate survey conducted by the Census Bureau, 12.2 million people said they were not working for COVID-19-related reasons: 4.7 million are caring for children not in school, 3.2 million are worried about COVID-19, and 4.4 million are sick or caring for someone with COVID-19.

These phenomena have particularly hit low-wage earners and the businesses trying to hire them. There are now 22 percent fewer low-wage earners in the economy than when the pandemic started. So employers are now offering low-wage earners a 26.1 percent “wage premium” to try to get them to come back to work.

Affordability is “worse than ever before.”

Even so, they expect home prices in Orange County, which already sell at a median price of $1 million, to gain another 5 percent over the next year and then another 3 to 5 percent in 2023.

The professors believe the $22 billion spent recently to increase housing supply and to increase shelter for people experiencing homelessness likely will not impact housing prices for another 5, 7, or 10 more years.