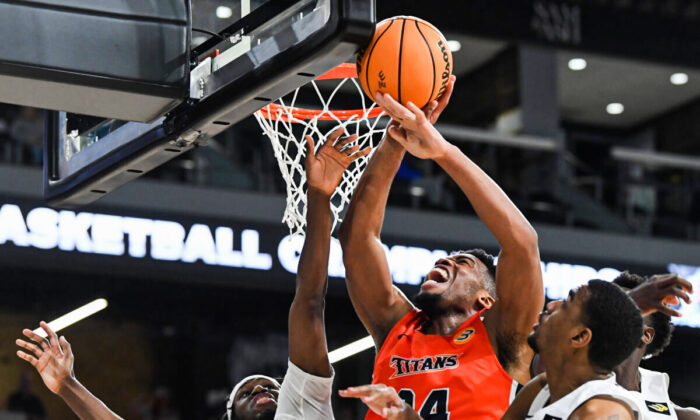 The California State University–Fullerton (CSUF) men’s basketball team will play in the first round of the NCAA tournament on March 18, and students are looking forward to the game.

After defeating Long Beach State on Saturday with a one-point victory, the CSUF team earned its opportunity to compete in the 2022 NCAA tournament. This is the fourth time in school history and its second appearance in the tournament in five years.

In 1978, the Titans made it to the final eight teams in the tournament, but in the 2008 and 2018 tournaments the team was knocked out in the first round. This year, the Titans will play their first game against Duke’s Blue Devils on Friday at 4:10 p.m.

“I’m super proud of the men’s basketball team. Just a student in college is a challenge in itself and then to be an athlete on top of that is crazy. It is just so amazing,” said Sarah, a sophomore studying psychology at CSUF.

She said that the men’s basketball team made her feel proud to be a Titan.

Rassaun House, a senior who is on the track and field team at CSUF, said he witnessed the last time the men’s basketball team played in the tournament, and he believes it will be an opportunity to earn more recognition for the sports programs at the school.

“It is exciting. Most people think of CSUF as a baseball program school. Also to have other sports getting recognized is kind of a big thing,” House said.

Bryanna Serna, a sophomore studying criminal justice, said she would be watching the game and showing her support for the men’s basketball team.

“Winning just really boosted my school spirit. I have always been proud to be a Titan and now we have made it. Not a lot of schools get the chance,” Serna said.

Isaiah Marecheau, a first-year student studying child education, said he often sees the basketball team at the study hall, and he can tell their hard work has paid off.

“It is a big accomplishment. They won Big West and they got to go to a huge tournament. I think [it’s] well deserved. They put in the hard work. They are doing something that has not been done in a while,” Marecheau said.

Jaime Nino, a junior who is studying in the criminal justice program, said he has high expectations for the men’s basketball team to win, and he is looking forward to seeing how far the team can go in the tournament.

“I know their MVP. … His first name is EJ. He’s been leading the team. So I’m really excited to see what we can bring to the table and especially for the coaches. I know they have an amazing coaching staff,” Nino said.