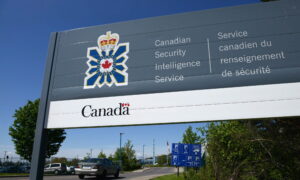 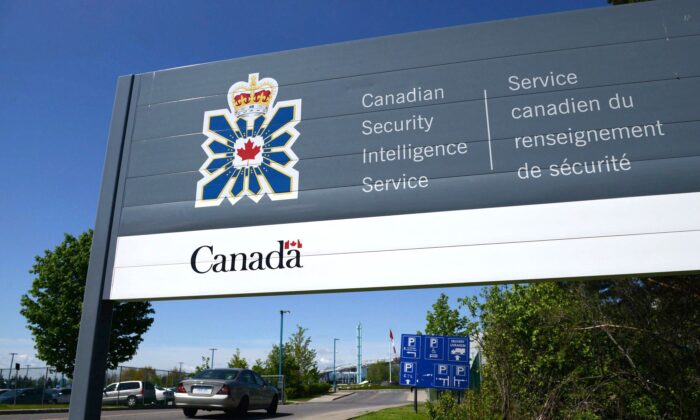 A sign on the way to the Canadian Security Intelligence Service building in Ottawa in a file photo. (The Canadian Press/Sean Kilpatrick)
Canada

A court decision that nixed an effort by the Canadian Security Intelligence Service to expand its scope in collecting foreign intelligence raises the question of whether the service’s mandate should be changed to meet the needs of an evolving landscape, says a former CSIS analyst and expert on terrorism.

CSIS’s request to be able to gather intelligence in other countries was struck down by Federal Court Justice Patrick Gleeson on the grounds of Section 16 of the CSIS Act, which states that the spy service can only collect information regarding the “capabilities, intentions, or activities” of a foreign state within Canada.

CSIS can only gather information abroad if it relates to threats to national security.

Phil Gurski, who worked as a senior strategic analyst at CSIS for 12 years and is now president and CEO of Borealis Threat and Risk Consulting, says not being able to collect foreign intelligence outside the country is a limitation unique to Canada and has hindered CSIS’s ability to keep up with others in the intelligence arena.

“Security is more espionage and terrorism, and foreign intelligence is more looking at the intentions and actions of foreign states,” Gurski explained in an interview.

“When CSIS was established, and in the act’s sections 12 and 16 particularly, they put this clause in that said you can only gather foreign intelligence within Canada—which isn’t impossible as there are foreign elements in Canada—but it’s funny because other intelligence services don’t really have this barrier.”

Gleeson delivered his decision last July, but a public version with many passages blacked out was only released on Feb. 3.

In turning down the warrant request, Gleeson pointed to a previous Federal Court ruling that said Parliament did not intend CSIS’s limited foreign-intelligence mandate to open the door to covert intelligence operations abroad.

Organizations like the Central Intelligence Agency (CIA) in the United States, by contrast, have a mandate that allows them to conduct extensive covert and offensive operations abroad for the purpose of foreign intelligence.

When the Federal Court delivered the ruling in the summer of 2018 limiting CSIS’s legal authority to spy outside Canada, it cited the CIA’s controversial methods as a reason.

In the ruling, Justice Simon Noël wrote that the “geographical limitation” of the “within Canada” clause was to “bar the Service from the conducting CIA-like controversially aggressive ‘covert’ and ‘offensive’ activities abroad.”

The restriction helps to “mitigate the political, diplomatic, and moral risk of conducting foreign intelligence collection abroad,” he said.

Gurski says that “whenever there is even the slightest push of the envelope” regarding CSIS’s mandate on foreign intelligence, Section 16 has been a barrier.

He notes that Canada has become complacent due to its reliance on “putting all its eggs in the Five Eyes basket and the U.S. basket in terms of defence and intelligence sharing,” but that it needs to put in place intelligence policies that will help it adapt to the ever-changing international landscape and become self-reliant.

However, creating a proper foreign intelligence service would take years, he says, and in order to bring it about there needs to be political will.

“Foreign intelligence is trying to discern the motives and intentions of foreign states as they relate to Canadian interests,” Gurski says.

“It’s complicated work. If we allow CSIS to finally do foreign intelligence, it also becomes another question regarding where the resources are to come from. We have a lot of need for counterintelligence, combating foreign interference and other concerns in our own backyard. We’ll have to enhance the mandate, but it will be tough to do.”