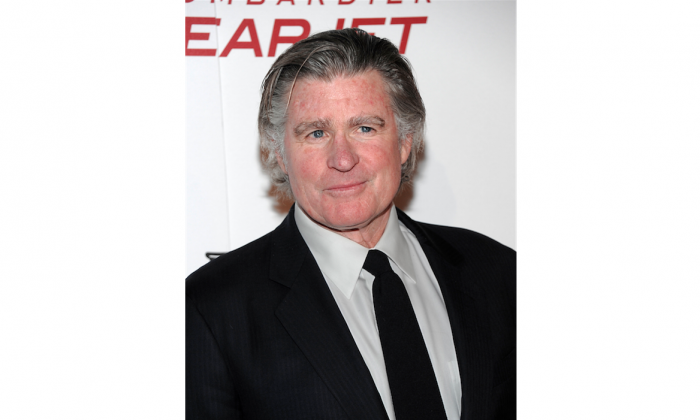 The popular CBS Crime Scene Investigation (CSI) drama was renewed for its 15th season earlier in March of this year. The upcoming season will have the regular occurring star Ted Danson, while Paul Guilfoyle who plays Captain Jim Brass will leave the show.

Although, according to executive producer Don McGill, Guilfoyle might make an appearance in future episodes.

“We reached a place, creatively, where it was time to say goodbye to Brass, but that doesn’t mean we won’t want Paul to return in some capacity in the future,” McGill said, according to an interview with TVguide.

In the season finale Brass’s daughter tries to commit suicide, but the incident will grant the two an opportunity for reconciliation. “There is a surprising resolution for the two characters. It’s a chance for a new beginning,” McGill said.

It’s also a possibility that Treat Williams, who appears in the last episode of Season 14, will join the cast in the upcoming season. In the finale, Williams will come back to play the role of security guard Sam Bishop, who was an investigator on the show in 1989. Although Ted Danson will be suspicious of Williams’ character, he will learn that Bishop “was a man way ahead of his time.”

“So much of our modern CSI work uses technology that wasn’t available in Bishop’s day, yet he was using his own inventions to solve crime — like a homemade recipe for detecting gunshot residue and a jerry-rigged camera and weather balloon that did aerial photography like the drones of today,” said creator of the episode, Andrew Dettman.

“Treat certainly let it be known that he’d be up for it! He and Ted are old friends and they had a great reunion on the set. They make a great team,” McGill agreed in the interview.

The season finale of CSI will air on CBS at 10 p.m.