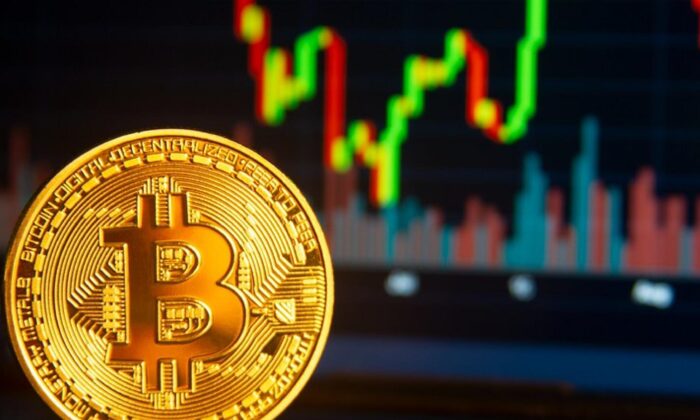 The cyber version of tulips, Beanie Babies, and 'No Money Down' home purchases

NEW YORK—Bitcoin and associated cryptocurrencies have suffered a precipitous decline from their highs back in November when it was over $60,000. “Bitcoin to the Moon,” a frequent refrain of internet bitcoin advocates less than a year ago, now sounds like the rant of an End of Days prophet traipsing Madison Avenue in a sandwich board sign.

Bitcoin came to be in the aftermath of the 2008 financial crisis when there was a yearning by some to avoid traditional fiat currencies tied to governments. The vision was that blockchain technology would allow a new, transnational, decentralized financial system—or “DeFi”—fiat currency to emerge and be adopted.

What developed was a bunch of early adopters and a veritable cult based on “FOMO”—the fear of missing out—and followers who perceived there to be opportunities for big, easy, returns. With tech industry wizards like Elon Musk and Jack Dorsey touting a kind of brave new world of bitcoin, average people—particularly those of a libertarian bent and largely in a younger, male, demographic—piled in with visions of astronomical wealth appreciation. A whole industry of crypto “news” sites, social media influencers, and journalists fed the fantasies with the opinions of “analysts.” Here, for example, one of them deigns Bitcoin as the most robust of the 20,000 plus cryptos that are in the market.

#Bitcoin will survive… I don’t have the same conviction about the rest. pic.twitter.com/REja53FJio

But as crypto values increased, what was really happening, especially over last year, is that the Federal Reserve was pumping more money into an already recovering economy. As I wrote last week, the Fed balance sheet has literally blown up since 2008, and was accelerated at an escalating rate. The chart of the Fed balance sheet, shown there, went on a virtually ballistic trajectory during the pandemic.

Simply put: There was a lot of money in the economy with nowhere to go. Equities and real estate had already been bid up to bubble levels, so any new commodity market entrants like cryptos and NFTs (non-fungible tokens, which also enjoyed enormous appreciation), especially those bearing the imprimatur of billionaire tech geeks, and with some history of appreciation, were absolutely going to join in the “irrational exuberance” of the global asset bubble.

Of course, this bubble started to deflate when the Federal Reserve started talking about raising interest rates by half a percent. Terra Coin, a “stablecoin,” meaning a crypto that purports to maintain a value tied to an actual currency, collapsed in May. (It has, reportedly, made some kind of “rebound,” but I am circumspect of crypto-oriented media. Caveat emptor.)

But that wasn’t the only issue. As the Financial Times explains, people holding cryptos, so-called “hodlers” (sic), weren’t content to simply bet on the appreciation of their cryptos. For the most recent few years, hodlers have been lending cryptos to enhance returns, sometimes using the same capital, to make multiple loans. In the words of the Times, “This freedom to recycle capital with little restraint led investors to stack up more and more yields in different DeFi projects, earning multiple interest rates at once.”

As the Fed normalization accelerated the price collapse, the deleveraging snowballed, driving prices on Bitcoin down to below $20,000. (As I write this today, Bitcoin is bouncing above and below the $20,000 benchmark.)

In my view, Bitcoin and its lesser brethren have shown themselves a passing fad; a tech version of the Beanie Babies craze of the 1990s. Both are based on the “Greater Fool” theory of investing; the notion that if you foolishly invest in something you purport to have value, some “greater fool” will come along and pay you more for it than you paid.

Moreover, as cryptos sink, countries may soon move to their own digital currencies, so-called “Central Bank Digital Currencies” (CBDC). These will be merely replacements for paper currencies; effectively cash. While rules remain to be seen, CBDC will likely be anonymous or pseudonymous currencies—like the cash in your pocket—that you can transfer to a payee via your smartphone. If you wish to earn interest on your CBDC, as you do with your excess cash, you will deposit it in a virtual bank account. While some in the crypto cult have expressed concern that governments will be able to track individuals’ spending, that is largely the case now, even with their beloved cryptos.

Bitcoin and its less famous progeny (now numbering over 20,000!!!) have always been the snake oil to cure poverty or the drudgery of muddling through life as a middle-income individual or engaging in the hard work of security analysis.

We see now that the crypto emperor’s clothes—if they ever existed at all—are now so shredded and threadbare as to be positively indecent.