The SEC let's Ethereum be Ethereum—and not a security 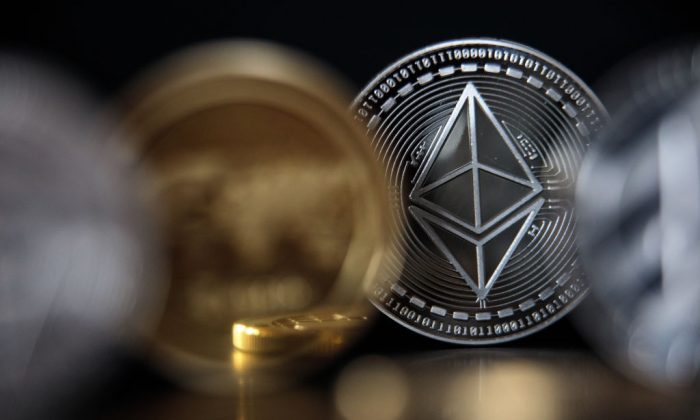 A physical representation of the Ethereum crypto product. Its payment token Ether is not a security according to SEC regulations (Jack Taylor/Getty Images)

Do you know what the “Howey Test” is? Don’t feel bad if you don’t. Probably not one person in a million does. Even so, the Howey Test determines whether and under what conditions you are permitted to use your money in investments of your own choosing.

If your contracts are deemed to be securities, the Securities and Exchange Commission (SEC) becomes your interloping policeman, governing the terms and conditions of every deal. In other words, this rule that few know anything about actually affects the lives of the multitudes.

And get this. The test emerges from a U.S. Supreme Court decision in 1946. It was about some people who made leaseback agreements with a citrus grove in Florida. Everyone was happy. But then there was the SEC, which sued to say, hey, no way, you guys can’t do this without hopping through every hoop of our own design. The Supreme Court agreed, and thus it defined a regulatable security as the following.

Then of course, the whole thing turns on definitions: money, expectation, common enterprise, promotion, and so on. And who gets to define what is what? You guessed it: the bureaucrats themselves. So with any innovation—even today, in the 21st century, the age of cryptoassets and globalization of digital commerce!—these people without skin in the game, luxuriating in a marble structure inside the Beltway, are in a position to decide what is what.

Holding Back the Future

It’s hard to think of a clearer example of how the cruft of legacy legislation and court precedent holds back the future. We’ve had president after president, Congress after Congress, and a whole flip of generations of the ruling class. Most people alive then are long dead. And yet this apparatus continues to rule us from the grave. Amazing!

So it is with great relief that the SEC has recently declared that the asset class called ether—which powers the smart-contracting blockchain called ethereum—is not to be considered a security. And why? Because of the particular provision regarding the definition of “common enterprise” does not pertain. This is because Ethereum is decentralized, which is to say not owned by any single proprietary entity. Whew!

Here is what William Hinman, director of the division of corporation finance at the SEC, said:

“Based on my understanding of the present state of ether, the Ethereum network and its decentralized structure, current offers and sales of ether are not securities transactions…Over time, there may be other sufficiently decentralized networks and systems where regulating the tokens or coins that function on them as securities may not be required.”

Thank you, SEC for not declining, for now, to let the future happen! At the same time, it could be the case that certain tokens floating on the Ethereum platform themselves might actually be defined as a security, provided they fit the definition from this 72-year-old ruling that empowers this 84-year-old bureaucracy. The future truly is being held in the balance!

This entire structure of law has been an enormous source of frustration for the entire crypto community, not to mention a full-employment plan for countless numbers of lawyers who struggle to make sense of the application of ancient legal standards—invented before there was such things as televisions—to the digital age.

I can recall the early days of innovation five and six years ago, going to conferences at which coders and entrepreneurs were busy imagining a new future, all with the presumption that good things that work and that are profitable would surely be adopted by any civilized people. All the while, there was this strange and unmentionable elephant in the room known as the regulatory state.

Everyone was doing their best to ignore it. But even in those days, the regulators were busy making a mess of things, with, for example, the April 2013 edict from the Treasury Department that forced any company that moved from fiat to crypto and back again to register as an official money exchange. Thousands of basement entrepreneurs closed shop to avoid prosecution.

So why has the SEC adopted more of a laissez-faire attitude? I asked a gentleman in the industry this question and the answer came fast. The regulators have gradually come to realize that this new class of digital assets is nothing like what we’ve known in the past. They don’t want to repeat the errors of New York’s bitlicense and drive from the borders all these new entrepreneurs. As he put it, FOMO (fear of missing out) not only applies to investors, it also applies to regulators.

That’s good. But let me put on my idealist hat for a moment and just put it this way: the world should not work this way. Not now, not in 1946. Investors, owners, innovators, and dealmakers should not have to wait for edicts from Washington to tell them what they can and cannot do. This whole procedure is not conducive to building a bright future.

The Howey Test is legacy content from our civilization past, same as Morse Code, the horse-drawn plow, and the presidential fireside chat. We’ve moved on. At least we are trying to.

Jeffrey Tucker is editorial director for the American Institute for Economic Research. This article was first published on AIER.org