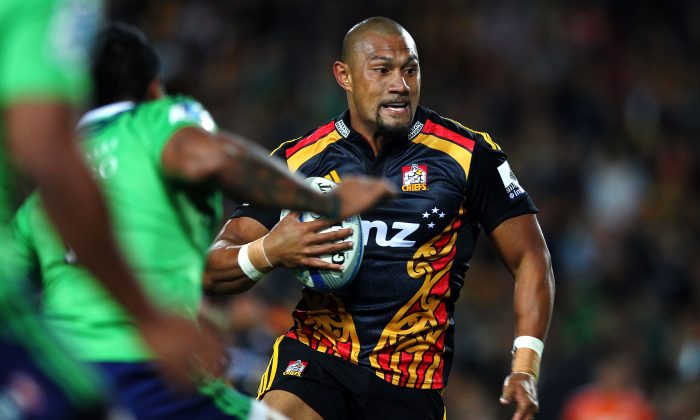 Somehow the Crusaders beat the Stormers 14-13 at home in Christchurch—but the victory failed to hide flaws in the champion side.

After only three games—for one win—the Crusaders are playing poorly, are hit by injury and are poorly coached, according to many fans. They are second-to-last on the table.

The coach, former All Black lock Todd Blackadder, typifies the Canterbury “southern man”. He is softly spoken, stoic and politely objective in defeat.

These qualities are admired in the Canterbury Province, and are personified by Crusaders and All Blacks captain Richie McCaw.

Two Canterbury qualities are lacking this year, though. They are winning and rugby intelligence. For example, the potentially great, but serially under-performing centre Robbie Fruean was let go by Blackadder.

Fruean was signed by the Chiefs, whose assistant coach Wayne Smith is another “southern man”. He was a match-winning fly-half for the Canterbury provincial side and the All Blacks.

He has coached the All Blacks and was an assistant coach during the reign of Sir Graham Henry, winning a World Cup with him.

Also, Smith has been instrumental in the development of Chiefs and All Blacks fly-half Aaron Cruden. Like Fruean, Cruden was a player of potential—under Smith that potential has been realised.

Though the understudy to the great Dan Carter in the NZ national side, Cruden’s talent coupled with his intelligent game management may see that order reversed, perhaps this year.

On the issue of releasing Fruean alone, Crusaders fans can see that their coach is falling far short of expectations.

The Crusaders usually start slowly, as if they view the season in its entirety, going from Super Rugby through to Test rugby, through to the spring All Black tour of the northern hemisphere.

A possible reason is that under Deans the Crusaders would field a team of internationals, in 14 All Blacks and one Fijian representative. Because those players had to pace themselves through the entire elite season, their ambitions seemed to shape the side’s style.

Whatever the rationale, the approach worked, with the Crusaders hitting peak form in time for the finals—where other sides appeared to have peaked early.

But this year, there is little belief that the slow start is part of a plan.

Injuries have hit, particularly with captain McCaw out for a month. There have been several unusual selections. And star fly-half Dan Carter is being rested till after the June Tests, which means he will miss all Super matches but the finals.

While the win was bad news for the Crusaders, the loss brought good news for the Stormers—who are yet to beat the Crusaders at home. The great blind-side flanker Schalk Burger returned in glory from injury and illness, after almost two years out of the game.

The brilliant Burger looked better than ever, which was unexpected, because he was returning from an illness that led him to death’s door.

“I contracted a bug which led to bacterial meningitis,” he said, “but they couldn’t pinpoint exactly what bug it was. I was basically lying in isolation in a room and not able to do much.

He caught the bug while having the last of four operations to treat a cyst near his spine.

While on courage, Fruean, 25, had heart surgery during the off-season, to replace a heart valve. Fruean caught rheumatic fever as a 19-year-old, which damaged his heart, leading to his first open-heart surgery.