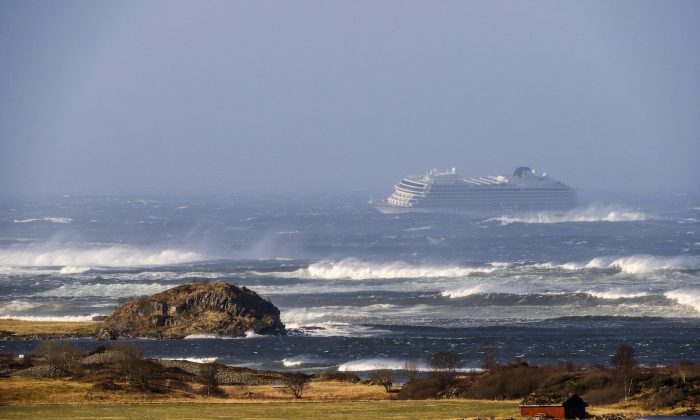 HELSINKI — Police say a cruise ship with engine problems has sent a mayday call off Norway’s western coast and is making plans to evacuate its 1,300 passengers and crew.

Police in the western county of Moere og Romsdal said Saturday the ship has managed to moor in Hustadsvika Bay, between the western Norwegian cities of Alesund and Trondheim.

Rescue teams with helicopters and boats have been sent to help and evacuate the vessel, a process expected to take several hours.

Authorities kicked off the evacuation on Saturday afternoon.

Norwegian officials said that rescue workers have managed to evacuate about 100 people so far from the cruise ship.

Five people have reportedly been taken to the hospital, but no one was seriously injured, TMZ reported.