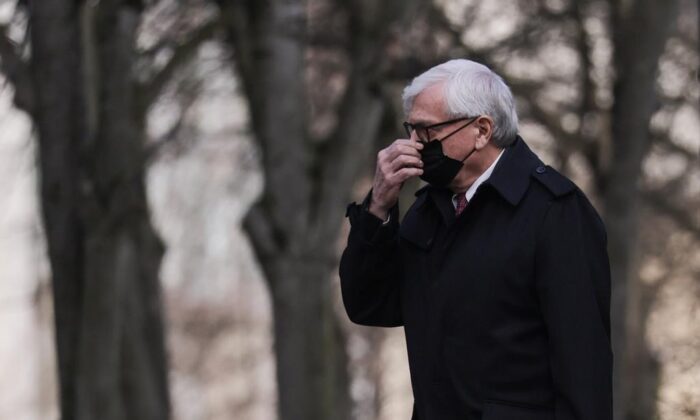 Craig James, former clerk of the British Columbia legislature, leaves B.C. Supreme Court during a break from his trial in Vancouver, on Jan. 26, 2022. (The Canadian Press/Darryl Dyck)
Canada

The Crown is asking for a jail term for the former clerk of British Columbia’s legislature who was found guilty of fraud and breach of trust over expenses he claimed.

The conduct of Craig James was a “departure” by the most senior officer of the legislature, which Crown attorney Brock Martland told the court deserves “unequivocal denunciation.”

Martland says there are situations where conditional sentences are granted, and while they often “involve high dollar amounts,” they usually come with a guilty plea.

He says the Crown would like to see James jailed for a year or serve a term of house arrest.

Defence lawyer Gavin Cameron told the judge that James has suffered enough as he asked for a conditional sentence, saying incarceration would be a “disproportionate response.”

James, who is 71, was found guilty in May of fraud and breach of trust related to inappropriate personal expenses, including claiming a newly purchased suit and shirts as work attire.

He was found not guilty on three other counts, including one related to a $258,000 retirement benefit.