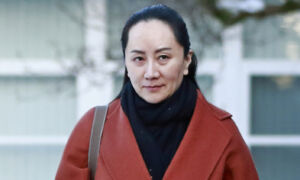 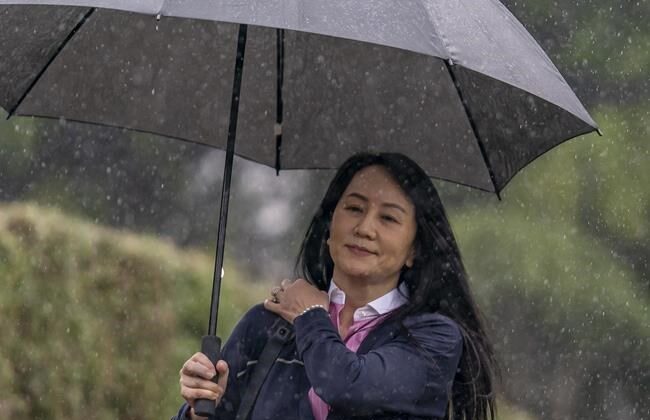 VANCOUVER—A lawyer for Canada’s attorney general says it was entirely reasonable for border officers to question Huawei executive Meng Wanzhou before her arrest at Vancouver’s airport in 2018.

Diba Majzub told the B.C. Supreme Court that Meng’s arrival at a port of entry created a unique context where both the RCMP and Canada Border Services Agency had mandates to fulfil.

There’s no playbook or operations manual that spells out which organization should go first, he said.

“Someone had to go first,” Majzub told the court on Wednesday.

“We say their decision was reasonable.”

Majzub made the comments as he disputed claims from Meng’s legal team that Canadian and U.S. officials co-ordinated a covert criminal investigation under the guise of a routine border exam.

Meng’s lawyers are asking the judge to stay proceedings in her extradition case, arguing her charter rights were violated and the RCMP ignored an order in the warrant for her “immediate” arrest.

The court has heard that Meng’s phones were seized after she got off a plane, then she spent three hours in secondary screening before being informed of her arrest.

Meng is wanted on fraud charges in the United States based on allegations related to U.S. sanctions against Iran that both she and Huawei deny.

After more than two years of hearings, the B.C. Supreme Court case is in its final stages. Arguments are being heard on abuse of process allegations before her actual extradition or committal hearing in May.

Majzub said the border officers made the decision to go first based on their routine experience and without any direction from the RCMP or the Federal Bureau of Investigation.

The RCMP didn’t ask border officers to conduct an exam, suggest lines of questioning nor ask for Meng’s electronics to be examined, he said.

“It’s impossible to ascribe nefarious motive to RCMP in deferring to the CBSA at the port of entry when they didn’t seek to gain anything from the process,” Majzub said.

Secondary screening was inevitable for Meng, he argued, because she had been flagged in a CBSA internal lookout system due to the outstanding provisional arrest warrant.

Border officers testified earlier they had questions about Meng’s admissibility because of the outstanding warrant and national security concerns about Huawei from online articles.

Every action taken by border officers served their obligation of looking into those admissibility concerns, even those who served a dual purpose of assisting another organization, Majzub said.

When they secured Meng’s phones in special bags to prevent remote wiping, for example, he said it both assisted law enforcement and also preserved potential evidence for their own examination.

Meng’s charter rights were never applied because it remained a routine border exam, he said.

“It is not a charter-free zone, but charter rights apply differently in the port of entry context and that is because of the crucially important role that CBSA officers play at the border in ensuring Canada’s security.”