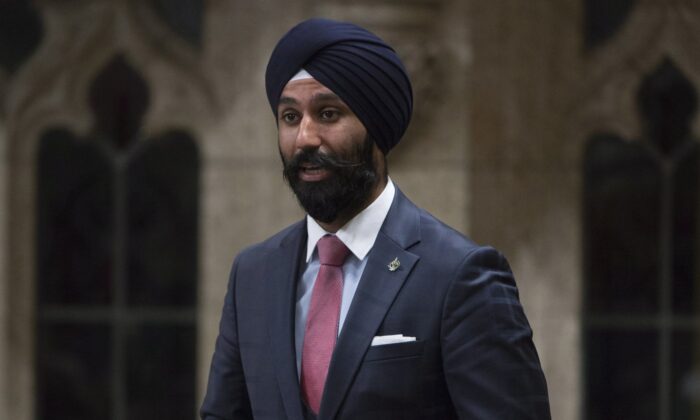 Liberal MP Raj Grewal rises in the House of Commons in Ottawa on June 3, 2016. (The Canadian Press/Adrian Wyld)
Canada

A list of people former Liberal MP Raj Grewal invited to an intimate meet and greet with Prime Minister Justin Trudeau in India four years ago is the focus today of Grewal’s ongoing criminal trial.

Grewal is facing charges for breach of trust following a lengthy RCMP investigation related to loans the ex-MP received to fund a gambling addiction.

The RCMP alleged when they arrested Grewal in September 2020 that he had used his political office to solicit loans for personal gain.

Grewal publicly acknowledged his gambling problem in 2018 when he left the Liberal caucus but denies any criminal wrongdoing.

In court today, Crown attorney Tim Wightman is questioning a former political staffer who helped organize the India trip about the process by which Liberal MPs were allowed to invite people to various events.

MPs were allowed to invite people to many events during the 10-day trip but were limited to five invitations for a small reception with Trudeau in Delhi, where participants could meet the prime minister and have their photo taken with him.