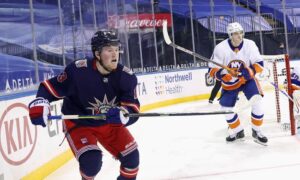 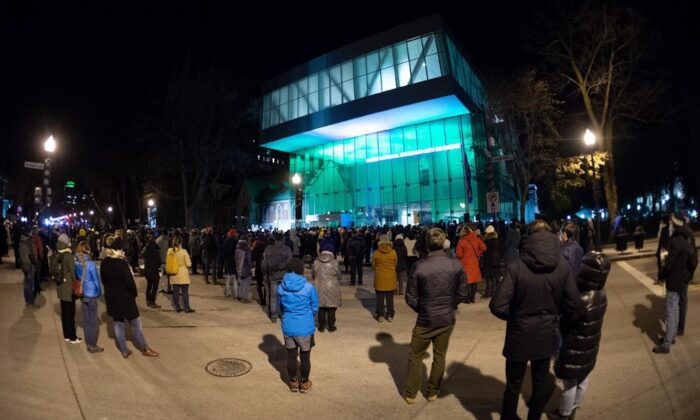 People gather at the Quebec National Museum in a vigil to honour Francois Duchesne who was stabbed to death on Halloween night by a man with a sword, on Nov. 3, 2020 in Quebec City. (The Canadian Press/Jacques Boissinot)
Canada

QUEBEC—Prosecutors in the case of the Quebec City Halloween night stabbing attack that killed two people filed a direct indictment today against the accused.

It means the case against 25-year-old Carl Girouard will skip the preliminary hearing stage and go straight to trial.

Girouard, of Ste-Thérèse, Que., is charged with two counts of first-degree murder and five counts of attempted murder after a man dressed in a medieval costume and wielding a Japanese-style sword went on a rampage last Oct. 31 in Quebec City’s historic district.

The accused made a brief court appearance by video today before Quebec court Judge Jean Asselin from the detention centre in Quebec City, and his case will return to court Sept. 7.