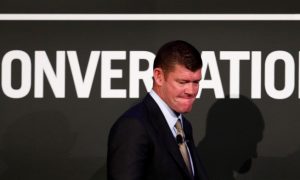 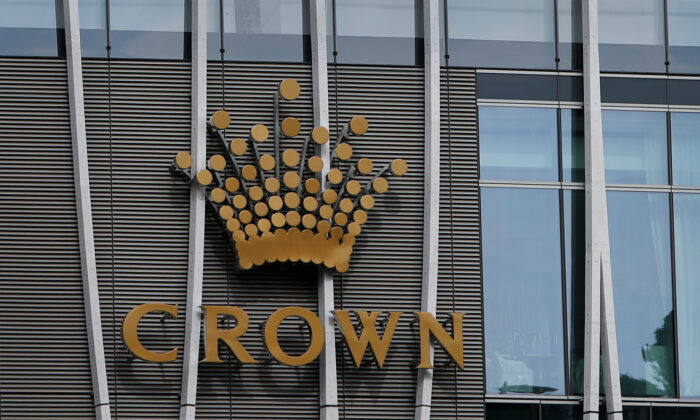 A general view of Crown Sydney is seen at Barangaroo on November 19, 2020 in Sydney, Australia. (Lisa Maree Williams/Getty Images)
Australia

Crown Resorts CEO and Managing Director Ken Barton has stepped down from the company.

Chair Helen Coonan will assume the role of executive chairman while the company searches for a new CEO, Crown told the ASX on Monday.

Barton had been under pressure to resign after being heavily criticised in an inquiry report.

Coonan said in a statement on Monday that assuming role of chair was not a decision taken lightly, but the board felt the move provided leadership stability and certainty.

Crown is navigating a high-stakes negotiation with the ILGA that will determine whether it can open its casino at the newly opened Crown Sydney facility at Sydney’s Barangaroo.

“The Board is determined to maintain the momentum as Crown takes significant steps to improve our governance, compliance and culture,” Coonan said on Monday.

“Working closely with the NSW Independent Liquor and Gaming Authority and regulators in Victoria and Western Australia, I will continue to lead on implementation of Crown’s ambitious reform program.”

Bergin found Crown was not suitable to hold the licence for a Sydney casino because it facilitated money laundering through bank accounts held by subsidiaries.

The ILGA is now considering the path forward for Crown and the means by which it might become suitable to hold the casino licence.

Barton pushed for those bank accounts to remain open in the face of concerns over suspicious transactions, Bergin found.

He also misled shareholders at the company’s 2019 AGM.

When asked by activist shareholder Stephen Mayne about the company’s information-sharing arrangement with James Packer, who had stepped down from the board, Barton did not disclose an agreement under which Packer received confidential financial information on a daily basis.

His attempts to justify his conduct at the inquiry were “even more inappropriate” and “demonstrated a serious lack of judgment,” Bergin wrote.

“Mr Barton has demonstrated that he is no match for what is needed at the helm of a casino licensee or a close associate of the licensee. His problems will not be cured by the appointment of people expert in the field who report to him,” Bergin wrote.

Bergin found her “character, honesty and integrity has not been and could not be called into question.”

Barton will assist Coonan in coming weeks to ensure a smooth handover, Crown said on Monday.

He will receive entitlements agreed in his contract and as otherwise required by law.

Barton was at Crown for over a decade. He was the chief financial officer before being appointed CEO in January 2020.