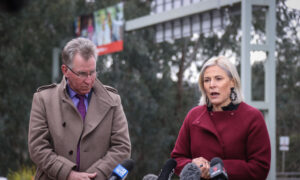 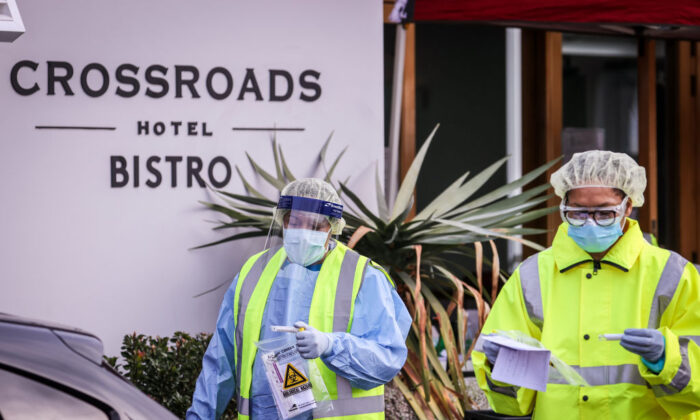 The Crossroads Hotel, a popular bistro on the outskirts of Sydney, Australia is at the centre of a fresh outbreak of COVID-19 infecting twenty-one people, including an 18-year-old hotel staff member.

NSW Health authorities warned all members of the public who visited the pub between July 3-10 to get tested as a precaution and to self-isolate for 14 days.

Anyone who attended the Crossroads Hotel Casula between Friday 3 – 10 July should immediately self-isolate until 14 days after they were last there, get tested even if they have no symptoms and stay in isolation for 14 days even if your test is negative. pic.twitter.com/vzLguInzy6

News Corp’s The Australian reported on July 13 that NSW authorities are currently trying to trace over 1,000 people.

The pub, which sits on a transport hub 35 kilometres from Sydney’s CBD, is popular with travellers heading to and from Sydney.

NSW government minister Stuart Ayres said on July 13: “This particular hotel is located at the juncture of the M7 and the M5, it’s a big traveller’s hotel, which is why if anyone’s been in that location it’s so important that they go and get tested immediately.”

A local Planet Fitness has closed and is undergoing a deep clean after a staff member visited the Crossroads Hotel and later tested positive for COVID-19. Planet Fitness confirmed the news and warned customers via Facebook on July 12.

“If you visited the club on either day and have any symptoms or concerns, we encourage you to get tested and seek medical advice,” said the Planet Fitness notice.

The gym also noted that its team members who worked over the two days were self-quarantining and getting tested.

Likewise, “a number of” Australian Defence Force personnel have entered self-isolation at the RAAF Base in the regional city of Wagga Wagga after they visited the Crossroads Hotel on their way to the base, but none have tested positive as yet.

“At least” 100 teachers who attended an end of term function at the Crossroads Hotel on July 3 are now in self-isolation, according to radio host Ray Hadley.

“I’ve now confirmed with the NSW Department of Education a large group of staff … from 16 different schools … came together for an end of term drink,” Hadley told his 2GB listeners on July 13.

“At least 100 people attended this function, including most principals from various schools in the region,” he said.

NSW Health has said all of the teachers are now isolating according to Hadley.

“It’s essential that we all take the risk of transmission very seriously and take steps to protect ourselves and loved ones,” NSW Health said in a media release on July 13.