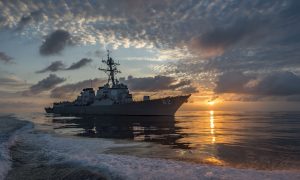 For the US, Sailing Around the South China Sea Is Not Strategy
0
Share Now
TelegramFacebookTweetEmailTellMeWeReddit
Copy Link 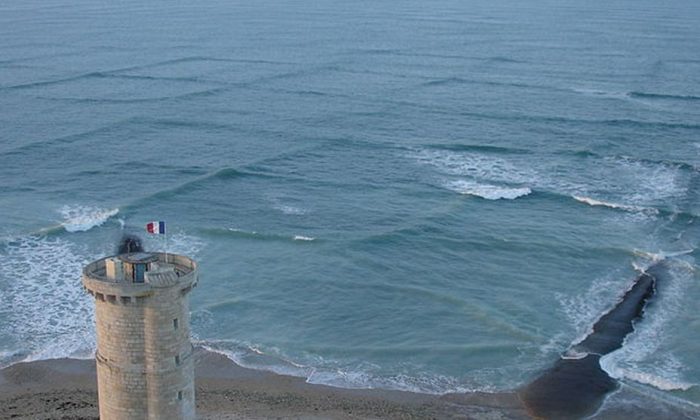 “Cross sea” is an unusual, rare pattern of waves that occurs in the ocean.

“This rare pattern of square waves is a beautiful sight to behold, but the natural phenomenon, which can appear and reappear within minutes, is also extremely dangerous,” says ScienceAlert.

Cross sea is more common in shallow waters, and they can often be seen off France’s Île de Ré, but they can occur in other coastal areas around the world.

Read More
NASA: Antarctic Sea Ice Is Increasing and Arctic Ice Is Melting—Here’s Why
Seas Are Rising Faster Than Any Time in Nearly 3,000 Years
Despite Patrols, Sealing Greek Sea Border Is Near Impossible

The European Space Agency (ESA) says it occurs when the wave systems are traveling at one another at oblique angles.

“Waves can travel thousands of kilometers over the surface of the water. Even on the calmest days, storms raging elsewhere on the ocean create rolling waves that radiate away from the storm and washes the shore of distant land. These are called swells, which is different from ocean waves raised by the local wind,” says Amusing Planet of the weather phenomenon.

“Another term for wind waves generated and affected by local winds is ‘wind sea.’ All swells start as wind sea, but after a while the wind ceases to blow and the waves have travelled so far out that it’s no longer generated or significantly affected by the local wind at that time. Then it becomes a swell. When two swells coming from two different directions collide, we get “cross sea”, which is what is happening in this picture,” it says.

Read More
Man Poses for Picture, Has Dangerously Close Encounter With a Sea Lion
Deep-Sea Volcano a Hotspot for Mysterious Life
The Rule of Law and the South China Sea

Meanwhile, ScienceAlert says that the tall, unpredictable waves can get 10 feet high and are capable of tipping over large boats.

If they’re present, “You should under no circumstances enter the water. And if, by some chance, they suddenly appear around you, then the idea is to get to shore as quickly as possible,” says the website.