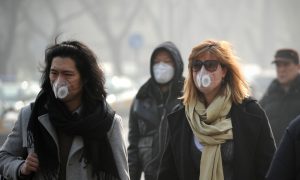 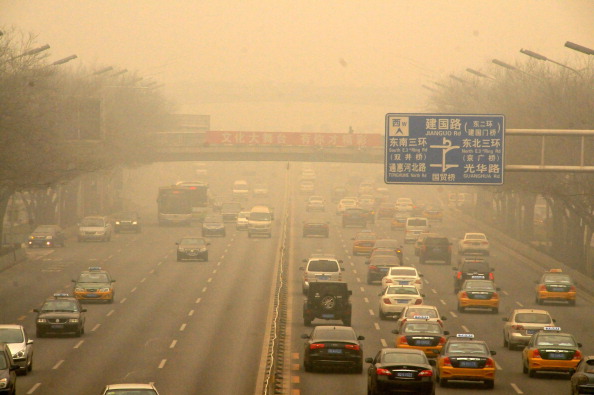 Buildings are shrouded in smog in Beijing, China, on February 26, 2014. Scientists in China have likened the country’s smoggy conditions to a "nuclear winter."
China

New research shows that the extreme air pollution in China could severely impact agriculture and food supplies, because it is blocking out the light plants need for photosynthesis.

He Dongxian at China Agricultural University found that chilli and tomato seeds grown in Beijing took over two months to sprout due to pollutants reducing light levels in the greenhouse by about 50 percent. In comparison, seeds grown in the lab under artificial light took around 20 days to germinate.

If the smog continues, He told the Guardian her findings suggest Chinese agriculture will suffer conditions “somewhat similar to a nuclear winter.”

Describing the greenhouse plants, He said, “They will be lucky to live at all. Now almost every farm is caught in a smog panic,” according to the South China Morning Post.

“A large number of representatives of agricultural companies have suddenly showed up at academic meetings on photosynthesis in recent months and sought desperately for solutions,” she added. “Our overseas colleagues were shocked by the phenomenon because in their countries nothing like this had ever happened.”

This past week, nearly one-quarter of China has been enveloped by a thick haze, including Beijing, which is on an unprecedented orange alert, with red being the most dangerous to health.

The Yanzhao Evening News reported that a man in Hebei Province is suing local authorities for failing to deal with the smog, and also seeking compensation.

His lawyer refused to comment, because this is the first such case of a citizen suing the regime over air pollution, making it a sensitive issue.