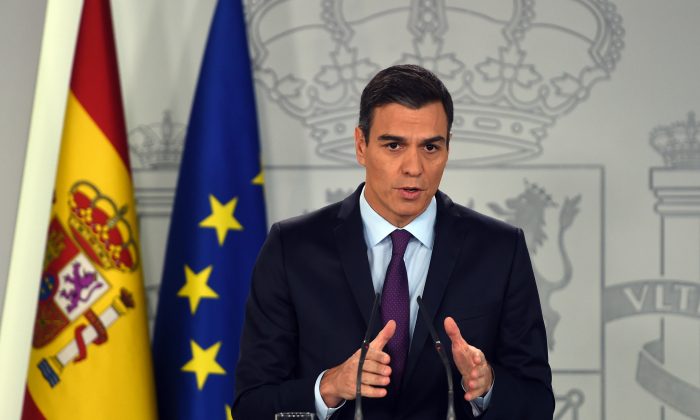 BRUSSELS—The leaders of two of the European Union’s biggest political groupings have called for urgent reform of how the bloc makes foreign policy decisions after its response to the Venezuela crisis descended into chaos.

Senior politicians were urged to rethink rules that require all 28 member states to approve diplomatic decisions in response to Italy vetoing a planned statement that would have declared the bloc’s backing for Juan Guaido.

Instead, major European nations had to scramble to individually recognize the Venezuelan National Assembly leader as interim president on Feb. 4 after their deadline for Venezuelan regime leader Nicolas Maduro to hold fresh elections passed.

Fourteen countries issued their own statements saying Guaido is now the country’s legitimate leader, but others refused to follow suit on a decision that exposed how divided the EU is on major global issues.

Former Belgian Prime Minister Guy Verhofstadt, who is now a member of the European Parliament and heads the pan-European liberal grouping, told The Epoch Times that having to take foreign policy decisions by unanimity is “crippling” the EU on the world stage.

“Reform of the way that the EU’s foreign policy is set is long overdue. As we have seen with Venezuela, collective EU positions can be blocked by one EU member state, which all too often cripples our collective influence,” he said.

“As part of a wholesale reform of the EU, I have long advocated a move from unanimity to qualified majority voting in our external relations, which would provide Europeans with a stronger voice in a changing world.”

Influential German member of the European Parliament Manfred Weber, who leads the conservative European People’s Party grouping and is a candidate to become the next Commission president, said the bloc’s disjointed response had been “a tragedy.”

“It really was a tragedy to see that Europe wasn’t able to act in a quick and appropriate manner,” Weber told the German broadcaster Deutsche Welle. “We as Europeans have a common value base. We have to show on a global level that we are willing to defend these principles, also with our friends for example in South America.”

Weber said the current rules on unanimity must be scrapped in favor of a majority voting system, “otherwise we will always be weak and not capable to deliver.”

The current Commission president, Jean-Claude Juncker, has made repeated calls for the system to be changed, arguing that the EU needs reform to become a “global player.”

In his State of the Union speech in September 2018, he said the bloc must “improve our ability to speak with one voice” and that “the time for European sovereignty has come.”

“European sovereignty is born of Member States’ national sovereignty and does not replace it. Sharing sovereignty—when and where needed—makes each of our States and nations stronger,” Juncker said.

German Chancellor Angela Merkel and French President Emmanuel Macron also agreed last June that they would work more closely together on foreign policy and push for an end to the rule on unanimity.

The government of Netherlands, meanwhile, said in its own State of the Union letter this week that it would back a modest reform to move to a majority voting system on issues such as applying sanctions and taking positions on human rights abuses.

“The requirement of unanimity has sometimes led to EU decisions being blocked or taken too slowly. This can undermine the EU’s effectiveness and reputation, and thus harm Dutch interests,” the Dutch government said.

However, The Hague warned that it would not hesitate to “block any move to qualified majority voting” on issues where it feels member states should keep powers to themselves.

Any move to significantly revamp the voting rules on foreign policy would be hugely controversial in countries such as Italy and Greece, which have repeatedly blocked EU-wide initiatives in this area.

European nations had already agreed on Jan. 26 to issue Maduro with an eight-day ultimatum to hold fresh elections and decried the “indiscriminate violence” used to suppress opposition protests.

However, Italy, with its government run by the anti-establishment Five Star Movement and League parties, continued to block an EU-wide declaration, saying it is not Brussels’ job to interfere in other countries’ politics.

Spanish foreign minister Josep Borrell lamented: “There is not going to be one. There are still some who oppose it.” A Commission spokeswoman could only repeat the bloc’s previously agreed position when questioned Feb. 4.

European Parliament President Antonio Tajani added: “On behalf of the European Parliament, I would like to thank all countries that have already recognized Juan Guaido as the legitimate interim president of Venezuela. I call on all other member states to do the same.”