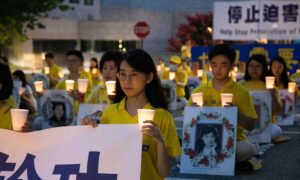 TAIPEI—All 172 miners trapped in a flooded coal mine in China's Shandong Province have been declared dead after a 20-day rescue effort. From the deadly accident to the official response to the incident, many have been critical of the inability of mine management to respond to emergent circumstances, and the problematic, paramilitary style control under which the facility was run. The coal mine, operated by Huayuan Mining Co. in Xintai City, flooded on the morning of August 17. A total of 756 miners were working underground at the time of the flooding and 584 managed to escape alive, but 172 remained trapped. Authorities have called the accident a “natural disaster.”

As official media in China confirmed the end of rescue operations, the Chinese branch of the French International Broadcasting Station published an article analyzing the crisis.

The article questioned whether miners had lost their ability of self-rescue, citing that the mine was currently under paramilitary style management. In such an environment, individuals don't dare to take any action unless they receive orders from the top—even for an emergency escape.

It was reported that the accident occurred at around 10 a.m. But it wasn't until 4:10 p.m. that the control office received the evacuation order for all workers. Because of this long delay, the director was forced to accept investigations at a specified place within a fixed time.

The article pointed out that it was perhaps this backward paramilitary management, which runs contrary to natural human response that caused the death of those miners.

On the day of the incident the area experienced the largest rainfall since the 1970s. If the accident was a “natural disaster” as authorities say, why didn't the departments involved issue any warnings to miners when they began their shift?

The article concluded that if Huayuan's mine management had recognized the dangerous situation earlier on, or if the government had issued the known warnings three days before the heavy rain, perhaps the accident could have been avoided.