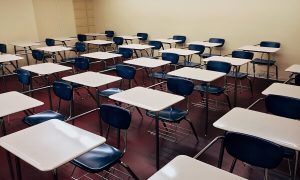 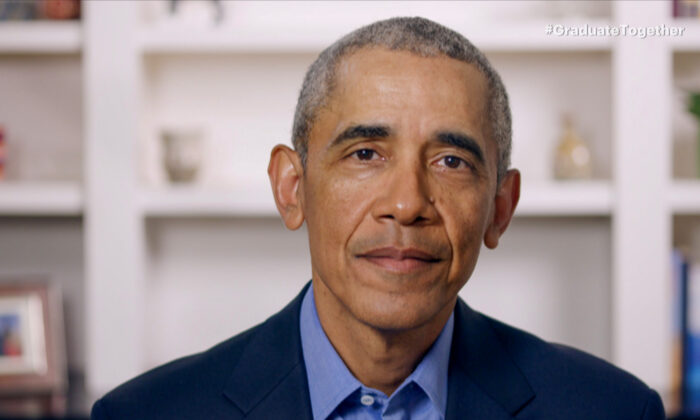 In this screengrab, former President Barack Obama speaks during Graduate Together: America Honors the High School Class of 2020, on May 16, 2020. (Getty Images/Getty Images for EIF & XQ)
Viewpoints

Concerns about critical race theory are overblown, according to former President Barack Obama. In a CNN interview with Anderson Cooper on June 7, Obama assumed a dismissive tone when addressing the ideology:

“Lo and behold, the single most important issue [to the Republican Party] apparently right now is critical race theory,” he said sarcastically. “Who knew that that was the threat to our republic?”

Critical race theory is an ideology on the rise in academia and increasingly in mainstream culture. Critical race theory posits that the primary characteristic that defines people and their relationship to the outside world is the color of their skin.

The theory prioritizes immutable characteristics over personal substance or, in the words of Martin Luther King Jr., content of character. Therefore, parents have been rightfully outraged as this neo-racist philosophy creeps steadily into schools and curricula.

In recent months, conversations about critical race theory have transformed school board meetings into pressure cookers for political contention. Whistleblowers have stepped forward from all corners. Celebrities have pulled their children from their schools. Anti-critical race theory organizations have even been formed.

Clearly, to many, critical race theory isn’t the frivolous concern Obama makes it out to be. It’s not the latest partisan frenzy leaving political fanatics foaming at the mouth. Critical race theory may, after all, be a threat to our republic.

Critical race theory jeopardizes our inheritance of a great, rich, and diverse society. By zeroing in on immutable characteristics, it undermines our common humanity by dividing individuals by superficial differences. In the process, it erodes our ability to coexist.

If we continue to stand by as the theory seeps into schools and reaches impressionable children, we risk raising a generation more attuned to their differences than their commonalities. That, most certainly, is a threat to our republic.

Obama is right about one thing for sure, though. He considers differing priorities along party lines to be a result of skewed media: “We occupy different worlds, and it becomes that much more difficult for us to hear each other, see each other.”

Sure, both sides are frequently guilty of falling into echo chambers and embracing partisan concerns. But the fight against critical race theory need not be a partisan one.

All those who believe in the sanctity of content of character despite superficial differences should be unified, regardless of political affiliation, in unequivocal opposition to this neo-racist ideology.

Take Obama’s own words from his 2008 “A More Perfect Union” address: “We may have different stories, but we hold common hopes; that we may not look the same and we may not have come from the same place, but we all want to move in the same direction—towards a better future for our children and our grandchildren.”

On this note, I couldn’t agree more with the former president. So, in defense of the common humanity of my children and grandchildren, in defense of a peaceful coexistence for my progeny, I will continue to stand against critical race theory.