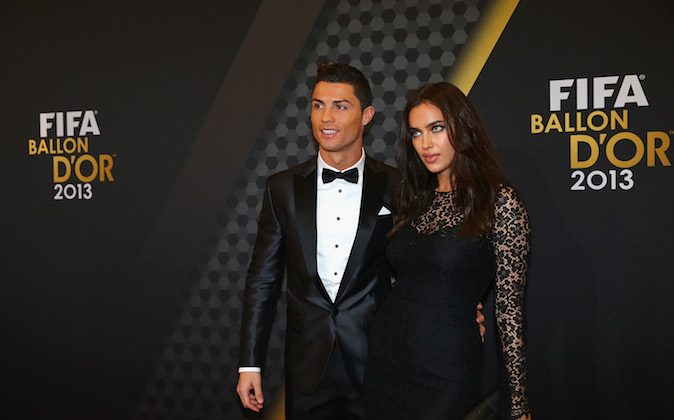 Cristiano Ronaldo has been confirmed as part of Portugal’s starting lineup against the United States on Sunday, but his girlfriend Irina Shayk won’t be in Brazil to cheer him on.

Instead, the 28-year-old will be watching the match from New York City, according to the Daily Mail, which didn’t elaborate on why Shayk didn’t make the trip.

The Russian Sports Illustrated model has been dating Ronaldo for several years but the soccer star has said that Shayk is not the mother of his son Cristiano Ronaldo Jr. He won’t reveal the identity of the mother.

“It is with great joy and emotion that I inform I have recently become father to a baby boy,” Ronaldo wrote on his Facebook page when the child was first born.

“As agreed with the baby’s mother, who prefers to have her identity kept confidential, my son will be under my exclusive guardianship.”

Shayk has in some ways been upstaging Ronaldo even without going to Brazil, beating out Wayne Rooney’s wife Coleen and Gerard Pique’s girlfriend Shakira by winning an online poll about which of the wives and girlfriends (WAGs) of the various soccer stars has the best hair.

One respondent said: “I love Irina Shayk’s look. Her flowing brunette hair always looks in great condition and full of volume and shine. I wish I could get my hair to look as flawless as her.”