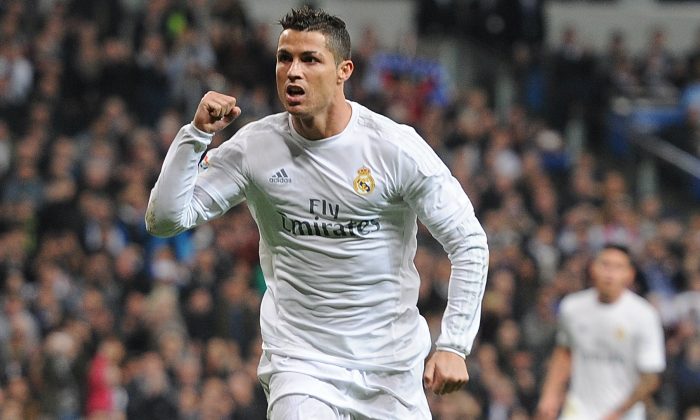 Famous Real Madrid soccer player Cristiano Ronaldo scores again, but this time with a humanitarian act. The athlete posted a picture on social media in an effort to bring attention to children affected by the Syrian war.

Ronaldo, who is also the global artist ambassador for the organization Save the Children, is in the photo along with his 5-year-old-son, Cristiano Junior, while holding a photo of a Syrian boy named Ayman, who is also 5 and loves soccer.

According to Save the Children, Ayman, whose name has been changed for security reasons, has been deeply affected by the Syrian civil war. He was born in 2011, exactly when the conflict began.

Ayman’s mother told Save the Children that the loud noises from the confrontations terrified him when he was just a baby.

“(Ayman) couldn’t sleep because of the air strikes and noises,” she said. “We all were scared, we couldn’t sleep. Ayman kept on crying all night.”

As a result of the tension, Ayman had speech problems.

“He had a hard time speaking and he started stuttering,” said his mother. “All I wanted for him was to say the word ‘mama’ or ‘baba’, the easiest words.”

His parents said that his speech impediment was due to what he saw and heard in Syria, like armed men breaking down doors, dead bodies in the street, and sirens going off.

Ayman and his family moved to Jordan and stayed at a refugee camp. They also him enrolled in Little Hands, a Save the Children-supported kindergarten at the camp. His mother said that just two weeks after enrolling in the program Ayman began to show progress in communicating.

“He [Ayman] was very aggressive,” said the teacher at the camp who has worked with the boy. “But after starting kindergarten, Ayman changed his attitude from aggressive to hyperactive in a good way. He became very active in classes, and began to talk.”

Ayman’s story is one of many that the soccer player wants to bring awareness to.

This is what life is like for Syria’s children & families living under siege. Donate now > https://t.co/WkPtykPfl8https://t.co/ClQN2FkaC5

“With a young son of his own, Cristiano Ronaldo understands how vulnerable children are at that age,” said Carolyn Miles, president and CEO of Save the Children in a statement.

The organization hopes that Ronaldo, who has recently reached 200 million social media followers, making him the most-followed athlete internationally, can help bring attention to the problem in Syria.

“With Ronaldo’s help, we can keep the focus on the children of the Syrian war, many of whom have known nothing but war their entire life. After five years of this conflict, we don’t want the world to forget the children–they shouldn’t have to pay the price for the world’s inaction,” she added.