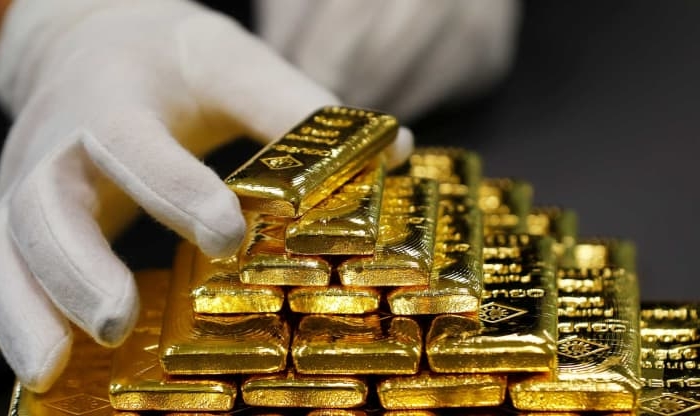 Crisis Investing: The Fed’s Actions Are Going to Put This Asset Front and Center

It’s going to be one of the comeback stories of all time.

For the past 10 years, it has languished in obscurity—out of sight, out of mind.

But now, thanks to the total [expletive] show that our economy and financial system has become, this former boring, stick-in-the-mud, asset is about to see the spotlight shine on it once more.

And it may end up being one of the most exciting investments in the coming years.

And it does respond to inflationary pressures, but it’s actually more than that.

When you finally realize the inflation we’re experiencing today has been caused by a debasement of our nation’s currency in support of an unchecked agenda of the financial elite, you realize that it just doesn’t mean higher prices.

Inflation today represents a crisis building in our financial system.

That’s when you realize that gold isn’t an inflation hedge—t’s a CRISIS hedge. And that’s why I believe it’s going to see a resurgence in a big way.

You can see gold’s original rally into 1980 in response to the out-of-control inflation of the 70s. That was pretty much gold’s hey-day. Once Paul Volcker brought inflation under control, however, the price of gold followed and drifted sideways for roughly the next 25 years. During that time, inflation pretty much cycled around the Fed’s theoretical target of 2 percent.

So this is pretty much the behavior you’d expect from an asset that was driven by inflation.

But in early 2001, gold put in its final bottom and started a decades-long rally to its highs around $1,800. You’ll notice that around the same time, inflation was doing nothing out of the ordinary. So what sparked this move?

In 2001 the tech sector represented by the NASDAQ was midway through a two-year meltdown that cost the average nearly 80 percent of its value—roughly $5.3 trillion. A crisis that spread throughout the entire stock market, and took years to recover from.

Gold’s rally took a breather between March and November 2008. At which point the next crisis kicked in. … Lehman Brothers declared bankruptcy on September 15 of that year. Again, with nothing spectacular on the inflationary front.

As it became clear that financial Armageddon would be averted and markets began to normalize, gold drifted back lower and chopped sideways.

In 2018, huge uncertainty raised its head again, not just in the United States but around the world. Between 2017 and 2019 the UK and Eurozone were battling over the terms of Brexit.

The United States and China were rattling sabers over trade tariffs.

And all the while the Fed had been trying to normalize interest rates by inching the fed funds rate to nearly 2.5 percent—a level it hadn’t seen since the crisis back in 2008.

Gold caught a bid around $1,200 and rallied all the way through the pandemic lockdowns (It was almost like gold saw it coming.).

Waiting for the Next Shoe to Drop

The economic strain caused by the pandemic lockdowns, along with the insane amount of money printed by the Fed has done more to undermine our economy and financial system than many people realize. At some point, there has to be an intervention.

The Fed has indicated the QE taper is starting this month (And they’ll double the pace for good measure.). After that, they’ll start talking about hiking interest rates again all in the name of addressing the non-transitory inflation we’re experiencing.

But they may not realize what they’re in for.

The current inflation has come from more than just too much money. There’s a global supply chain that won’t simply put itself back together in the next six months. And there are wage pressures squeezing the labor market I don’t think they’re considering.

As the coming boost in rates finally forces a repricing of assets, things could be a lot worse than they imagine.

And on the heels of that crisis, I believe gold is going to shine. It’ll be modest compared to the fond memories we’ll all have of the 40 percent that growth stocks paid us every year, but I could see a top end of an 18 percent annual return as gold gets moving again.