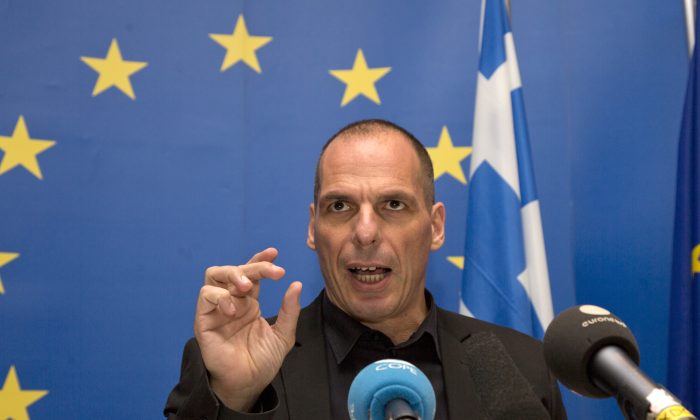 Crisis-Hit Europeans: Greece Must Knuckle Down Like They Did

LISBON, Portugal— Europeans in countries which adopted unpopular austerity measures to overcome the recent financial crisis are starting to reap the rewards, even if times are still hard for many and numerous factors are playing a role in the recovery.

Spain has one of the fastest-growing economies in the European Union. Ireland, a model student in the lessons of austerity, has slashed unemployment nearly in half in the past three years. And even Portugal, one of the worst-hit of the crisis countries, is showing tentative green shoots of economic growth. With the government in Athens rebelling against austerity, some people see Greece as trying to duck out of its commitments and dodge the pain that others went through.

Here is a look at sentiment among people in three of the euro-zone’s hardest-hit countries:

Gone are the almost daily protests from Spanish streets when hundreds of thousands of people voiced their anger over cutbacks and soaring unemployment in recent years.

But don’t be fooled — Spaniards are by no means jumping with joy at the way things have turned out.

“People are not happy, simply more resigned. We’re more used to the situation now than when the crisis erupted,” said Stefania Gracia, a children’s television programmer. “I have the impression that things are improving but there is still a long way to go because things are bad, a lot of people are going through bad times.”

The European Union’s fifth-largest economy, Spain was battered when the country’s construction bubble burst after the global financial crisis of 2008, leaving banks saddled with bad loans. Spain emerged from a double-dip recession only at the end of 2013.

Spain avoided having to seek a full-blown bailout but it was forced by its European Union partners and the International Monetary Fund to adopt painful measures. Those included deep cuts in health and education, tax increases, wage freezes, and reforms that made it easier to hire and fire.

The country, however, is on the rebound. The economy has grown for the past seven quarters and is among the fastest-growing in the EU at an expected 3.1 percent this year, according to the IMF. It is also among those creating most jobs — 500,000 over the last year, following labor reforms. That compares with Italy, which shunned austerity, and whose economy is forecast by the national statistics agency to grow just 0.7 percent this year, with unemployment edging down from 12.7 percent to 12.5 percent despite reformist Premier Matteo Renzi’s ambitious “Jobs Act.”

That said, Spain’s unemployment rate is still at a staggering 24 percent — and more than double that for people under age 25.

“Spain hasn’t done a bad job, it has fulfilled its commitments and that, compared to Greece, give its more credibility,” said personal trainer Magda Barcelo. “It’s seen as having lived up to its pledges while Greece has created more uncertainty among foreign investors because they have confronted them a lot.”

Sales company businessman Miguel Arcero agreed. “The economy is getting better thanks to the government, Spanish businesses and the effort Spaniards have made. Spain has done things correctly, Greece hasn’t. Greece, if it doesn’t pay, they should take it out of the euro,” he said.

Weak regulation of banks that overheated during a decade-long property boom and then almost collapsed forced Ireland to request a 67.5 billion euro ($76 billion) international rescue loan in 2010.

In return, Dublin had to roll back some of the salary hikes and welfare rights that proliferated when times were good — the so-called Celtic Tiger years. The Irish went along with austerity, recognizing their economy had lost its way.

Dermot Coughlan, a car salesman on Dublin’s north side, said “we suffered, my taxes went up and my holidays went down, but as a nation we felt like we deserved it.”

Breaking off from washing one of the used cars at his street-side dealership, Coughlan said Ireland’s problems were no less difficult than Greece’s, “but we took it hard on the chin, we didn’t riot in the streets, and eventually the money started flowing in again.”

Ireland is now widely regarded as a poster boy for austerity. The country is forecast this year to post the strongest economic growth in the 28-nation EU, with a 4.6 percent expansion. Unemployment, which peaked at 15 percent in 2012, is expected to fall to 8.6 percent by the end of this year.

Coughlan says Ireland is “back in business, leaner and meaner,” and he has little sympathy for Greece. “Greece seems to think the rest of us owe them a living … and they want other EU countries just to keep financing their way of life indefinitely,” he said.

Some are inclined to be more lenient, saying it is misguided to pile austerity on austerity, as creditors are demanding of Athens. David McWilliams, one of Ireland’s most popular economic commentators, says the Greek economy is “destroyed.”

“The Greek economy simply can’t recover under these terms because it will raise taxes to pay off debts and this (debt repayment) money will just flow out of the country, making it weaker still,” he wrote recently in the Sunday Business Post.

Portugal was living way beyond its means, piling up a mountain of debt during a decade of anemic growth which led it to the brink of bankruptcy and a request for a 78 billion euro bailout in 2011.

As with other bailouts, the loan had strings attached: years of steeply higher taxes, lower pay and pensions, slashed government spending on such cherished entitlements as public health and education systems, and stripped-away labor rights.

The Portuguese gritted their teeth and obediently stuck to the bailout agreement despite a three-year recession and unemployment that hit almost 18 percent.

In Lisbon, retired high-school teacher Luisa Oliveira said “it’s not fair” for Greece to refuse austerity. Portugal “made huge sacrifices” to meet fiscal targets whereas Greek change has been “superficial,” she said. Austerity is “a necessary evil,” Oliveira said, adding that Athens’s confrontational attitude is “immature and tactless.”

Portugal’s commitment to debt reduction and reform restored the country’s international credibility and ensured the renewed goodwill of lenders. The economy is growing again, though at a modest predicted rate of 1.6 percent this year, and the jobless rate is down to 13 percent.

“We have to get (our finances) back into shape and the only way is austerity,” said Maria Ribeiro, a middle-aged office worker waiting in line outside a government office in Lisbon.

Even so, Ribeiro felt Athens was right to argue about the merit of austerity policies, which many experts believe are discredited.

“In a sense, Greece is taking an important role which others … didn’t dare to do, by raising important questions” about the best way forward. But she added: “At the same time, (the Greeks) have to assume their responsibilities.”

Ciaran Giles in Madrid and Shawn Pogatchnik in Dublin contributed to this report.