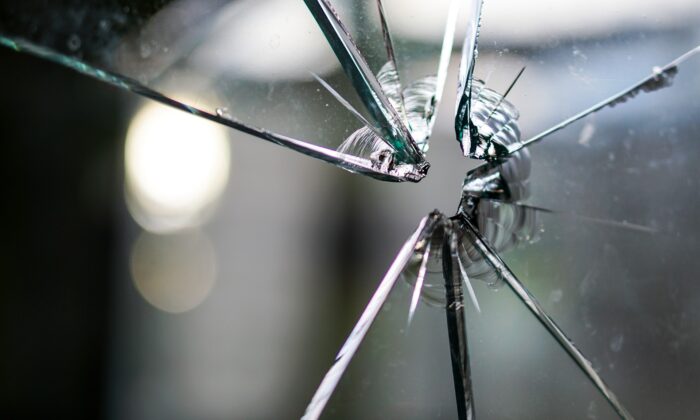 Crimes Are Crimes, No Matter How Petty

There’s nothing petty about petty crime. Tolerate it, and society descends into disorder.

You’re standing in line at Starbucks and watch a freeloader go to the front, pick out a sandwich, and walk out without paying. No one says a word.

Or you pay your bills, then find out thieves have robbed the blue USPS box to abscond with your checking information and empty your account. That happened to me last week.

The thieves fish mail out of the box or use stolen USPS keys sold on the internet. This crime is surging, but the police and banks shrug their shoulders and advise going directly to the post office or using electronic banking.

Walk into a drug store to buy deodorant and toothpaste. They’re locked up behind glass. A distraught Duane Reade employee explained why. Shoplifters waltz in, fill bags with merchandise, and walk out. Management prohibits employees from stopping them.

Banks and retailers are forced to accept these crimes as a cost of doing business. Law enforcement officials are downgrading the penalties for many petty crimes. But the public is rattled and rightly so.

Batman, the cloaked crime fighter from Gotham, got it right. Criminals take advantage of weak laws and weak law enforcement.

Allowing petty crime—shoplifting, carjacking, turnstile hopping, check forging, and vandalism—is a choice. California led the way, adopting Proposition 47 in 2014 to reduce penalties for these crimes. Many other states followed and no surprise, crimes increased.

Prosecutors are too ready to assign victimhood to perpetrators instead of to the rest of us, who are disgusted by the lawlessness.

You’d think that Jean Lugo-Romero, caught after robbing five Walgreens stores in San Francisco last May and June, would be in jail now. Absolutely not. The San Francisco Public Defender’s office states that “as an indigent individual suffering from housing instability,” Lugo-Romero “needed services and he’s now getting them.”

Manhattan’s previous District Attorney Cyrus Vance announced in 2017 he would stop prosecuting farebeaters. Now, a steady stream of them walks right by cops, while the rest of us patsies pay to ride.

Vance’s successor, Alvin Bragg, is ceding even more to the criminals, refusing to jail armed shoplifters.

Wielding a pocket knife, 43-year-old William Rolon was arrested two weeks ago for stealing $2,000 worth of cold medicine from a Duane Reade in Manhattan, his 39th arrest overall and the second time he hit that store. But he was charged only with misdemeanor shoplifting, not first-degree robbery, the charge he would have faced before Bragg’s new policy.

Worried about locking your car at a stoplight? There’s good reason. Carjackings have doubled and even tripled since last year in major cities. It’s making it harder to get an Uber or Lyft because gig drivers are quitting. More than one-third feel unsafe, according to Pew Research.

But, apparently, municipal leaders don’t believe prosecuting carjackers is the answer. In Chicago, only 4.5 percent of offenses result in charges; in Minneapolis, it’s a discouraging 2 percent. Several Minneapolis aldermen blamed Hyundai and Kia manufacturers because the cars can be broken into without an alarm sounding.

Anything to avoid blaming the criminal.

Sunday, California’s Gov. Gavin Newsom appeared at the Los Angeles railway terminal, the target of repeated looting. Standing amid the ransacked packages, he said, “I don’t think anyone particularly cares who’s to blame.”

To restore civility, voters need to elect serious crime fighters. New Yorkers might have a shot with newly elected Mayor Eric Adams if his actions match his words.

Tuesday morning, he said, “We can’t continue to create an environment in our city where anything goes,” including farebeating and shoplifting.

The fate of these cities depends on voters choosing leaders determined to crack down on all lawbreakers, not just murderers.

Because no crime is minor if it happens to you.