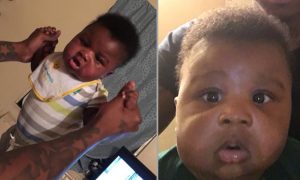 Police tape is shown in Toronto, May 2, 2017. Statistics Canada says the country's crime rate ticked up again in 2018, for a fourth year in a row, though it was still lower than it was a decade ago. (Graeme Roy/The Canadian Press)
Canada

Crime Up, Homicide Down: Five Things to Know About the 2018 Crime Statistics

OTTAWA—New national crime data for 2018 was released Monday, courtesy of Statistics Canada, with big changes to some key indicators. Here are five things that stood out:

Crime up, but still near decades-long low

The national statistics agency says both the crime rate and its measurement of the severity of crime were up two percent this year, the fourth straight year of increases since 2014.

StatCan cautioned the prevalence of crime and its severity remain 17 percent lower than in 2008, reflecting a long decline in crime rates nationally. From its peak in 1991, the national crime rate declined more than 50 percent until 2014.

The agency says the increase in the severity of crimes in 2018 was attributable to marked increases in fraud (up 13 percent), one particular class of sexual assault (15 percent), shoplifting (14 percent), and theft of items worth over $5,000 (15 percent).

Less homicide, but provinces may vary

The rate of homicides in Canada ticked down nationally by four percent, with 15 fewer homicides in 2018 than in 2017.

But the statistics tell a different story when broken down by province. Much of the decrease in came from declines in Alberta (38 fewer) and British Columbia (30 fewer), but Ontario experienced an enormous increase in homicides—69 more than last year.

Statistics Canada analyst Greg Moreau notes that several incidents in Toronto, including the Danforth shooting one year ago (in which two people were killed), the discovery of eight victims of serial murders, and the North York van attack (in which 10 people died) all elevated the number of homicides recorded in 2018.

The data also shows decreases in firearm-related (by eight percent) and gang-related (by five percent) homicides across the country, the first time they have decreased since 2013 and 2014, respectively.

Sexual assault is up, and more left unreported

The rate of “Level 1” sexual assault—defined statistically as sexual assault without a weapon and without other physical harm—was up 15 percent in 2018 over 2017. And in his article, Moreau says that rate remains “likely an underestimation of the true extent of sexual assault in Canada.”

This is the fourth consecutive year this class of sexual assault increased, and it usually makes up around 98 percent of all police-reported sexual-assault incidents. But since these types of crimes often go unreported, the actual incidence is likely not reflected in the statistics.

In 2014, another Statistics Canada survey estimated only five percent of sexual assaults were reported to police.

Prince Edward Island reported an increase in sexual-assault reports by over half (55 percent, though with the number of incidents provincewide in the dozens) while Nova Scotia (42 percent), Yukon (20 percent), and Ontario (18 percent) all reported increases above the national average for 2018.

Hate crimes down from 2017 peak

After the rate of hate crimes spiked in 2017 by almost 50 percent, there was a reduction of 13 percent in 2018. Still, hate crimes occurred at a higher rate last year than in any other year since 2009, Statistics Canada says.

Statistics Canada notes the decline is almost completely attributable to reductions in Ontario, and the number of hate crimes against Muslims halved year-over-year.

Statistics Canada notes the world of scams and extortion is increasingly moving online, with the Canadian Anti-Fraud Centre flagging schemes in which scammers pretend to be from the Canada Revenue Agency as well as gift-card scams.

Overall, the rate of fraud increased by 12 percent, and sits almost 50 percent higher than in 2008, after growing for seven years in a row. There were over 129,400 incidents of fraud reported to police in 2018, StatsCan says.

StatCan does say the increasing ease of reporting fraud online could have contributed to the higher numbers.

There was an even more dramatic increase in extortion from 2017 to 2018—a 44-percent leap, Statistics Canada says. The dynamic is the same across the country, and the rate has been increasing since 2012.