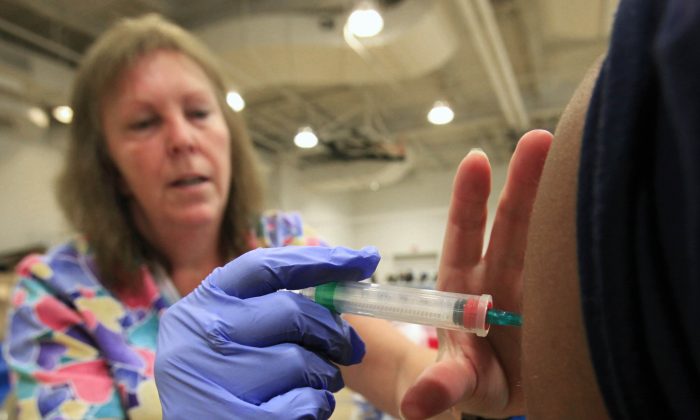 Pennsylvania officials have confirmed that a student in the Crestwood School District has contracted the highly contagious whooping cough.

Another student has shown symptoms of the disease, medically known as pertussis.

But Assistant to the Superintendent Brian Waite refused to identify which school or schools the two students attend, reported the Wilkes Barre Times-Leader.

Waite sent a letter to parents in the district alerting them to the disease’s presence. Whooping cough spreads through the air when an infected person sneezes or coughs. Symptoms include a long series of coughs following by a whooping noise.

Symptoms usually develop within 5 to 10 days after being exposed, according to the Center for Disease Control. “The disease usually starts with cold-like symptoms and maybe a mild cough or fever,” it said. “Recovery from pertussis can happen slowly. The cough becomes milder and less common. However, coughing fits can return with other respiratory infections for many months after the pertussis infection started.”

The Pennsylvania case comes just a few days after three siblings were diagnosed with the disease at Kolmar School in Midlothian, Ill., reported Patch.

Parents whose children exhibit symptoms should contact a doctor and also keep their child home from school.