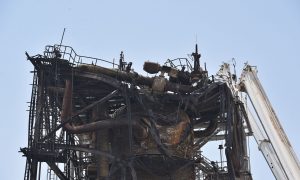 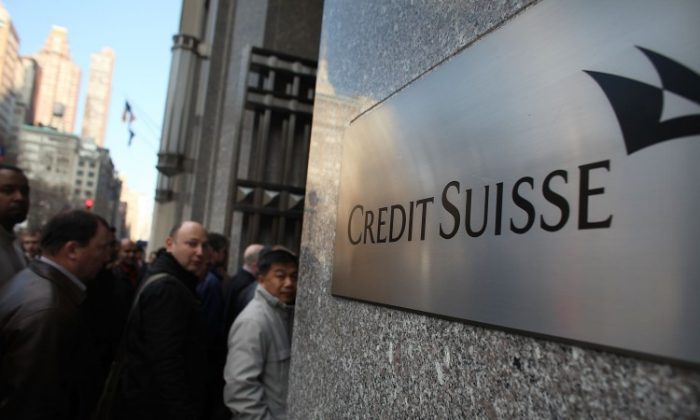 The scene: a street in Zurich. The mark: a wealthy Swiss banker. His pursuers: hired goons looking for intel.
It sounds like something ripped from John Le Carre. In fact, it’s real-life—and not all that unusual in the world of high finance.

News that Credit Suisse Group AG had hired private investigators to tail a star banker who’d defected to a rival has captivated the hush-hush world of Swiss banking. The ensuing scandal has reached the very top of the firm and, in all likelihood, heads will roll.

Yet no one in finance should be under any illusions. Banks spy all the time. The only difference? Credit Suisse got caught, and publicly so.

Call it the banker-surveillance state—a phenomenon probably as old as banking itself. From Deutsche Bank AG to Spain’s BBVA and even Barclays Plc., firms have long turned to a range of techniques to gather corporate intelligence and protect their talent and client lists. But the line between safeguarding intellectual property and carrying out vendettas can, at times, be blurry.

“Surveilling employees who are getting ready to leave the company is a dog-eared page in the playbook,” said Mary Inman, a partner with law firm Constantine Cannon in London who specializes in employee whistle-blower cases. “What’s remarkable about the current situation is that it got so heated.”

Beyond the business-as-usual monitoring of emails and chats, banks often step up scrutiny of records once top employees leave.

Suspicions of wrongdoing can prompt forensic reviews of messages, documents and phone logs. Some banks hire external intelligence firms to scour public records for indications that the departing person may be gearing up to start a rival business—and possibly breach a non-compete or try to poach former colleagues.

But the situation at Credit Suisse, which is playing out against the backdrop of a personal rift between the departed banker and Chief Executive Officer Tidjane Thiam, appears to be a step beyond common procedure, prompting questions about internal controls.

But, it’s hardly the first of its kind.

A decade ago, German prosecutors investigated potential data protection violations at Deutsche Bank after bank officials on several instances hired private eyes to spy on board members, a shareholder, and a private individual. The lender fired two executives over the matter.

In 2014, HSBC Holdings Plc. was fined by a Brazilian court for using private investigators to spy on 152 employees on medical leave. The investigators entered some employees’ houses without permission to film and take pictures, attempting to corroborate suspicions among some at the bank that they were fraudulently collecting medical-leave benefits. The court said those actions invaded people’s privacy.

And Spanish bank BBVA is currently investigating reports that bank officials hired a detective agency in 2005 to tap the phones of senior managers, regulators, politicians, and journalists as part of a high-stakes power struggle in the executive suite.

In other instances, drastic measures are taken to address matters of a more personal nature.

Barclays chief executive Jes Staley almost lost his job after it was revealed that he’d ordered the bank’s internal security personnel to uncover the identity of a whistle-blower who was denigrating one of his top lieutenants. Staley, who ordered the operation despite instructions from the bank’s counsel to stand down, was fined by regulators and had to forgo some of his past compensation.

Credit Suisse’s Thiam is now wrapped up in a similarly perilous situation. Tensions between the CEO and Iqbal Khan, a 43-year-old rainmaker who led the bank’s international wealth management division, escalated in January. The two men argued during a party at Thiam’s house in the upscale neighborhood of Herrliberg outside Zurich, people familiar with the situation have said.

In February, Khan was passed over for a promotion during a corporate reorganization and five months later, he left. Within weeks, arch-rival UBS Group AG—with headquarters merely blocks away from Credit Suisse’s in downtown Zurich—hired him to co-lead wealth management, a role that plots a line for Khan to possibly contend for the top job.

Concerned that Khan might poach some of his former colleagues, Credit Suisse hired private detectives from Investigo GmbH, a local security company, to shadow Khan and identify people he met. This month, as the banker was driving with his wife in downtown Zurich, he noticed he was being followed and tried to take photos.

At that point, the storylines diverge. According to Khan, the pursuers tried to take his phone from him, which led to a physical confrontation, people briefed on the matter said. Investigo, in a report sent to Credit Suisse and seen by Bloomberg, said the incident involved only one of its employees who was approached by Khan and simply raised his hands to block the phone, before moving on.

Whatever the case, Khan reported the matter to the police, which arrested three Investigo employees. Prosecutors launched criminal proceedings and Credit Suisse’s board started a probe.

The event has put Thiam in limbo. Some have called for his ouster if the reports are true, including Oswald Gruebel, who ran both Credit Suisse and UBS.

“Such behavior is unworthy of a large Swiss bank,” Gruebel told a Swiss publication.

Others say it will all blow over. Credit Suisse investigators are apparently homing in on the role of Pierre-Olivier Bouee, the firm’s operating chief, who was involved in authorizing the surveillance of Khan, a person familiar with the matter told Bloomberg.

The board will decide early this week who will be held to account.

“Surveillance should not be undertaken if it is done for emotional or vengeful purposes,” said James H. Rowe, co-managing partner at corporate investigations firm Mintz Group. “There’s got to be a strong concern of misconduct—not a fishing expedition.”