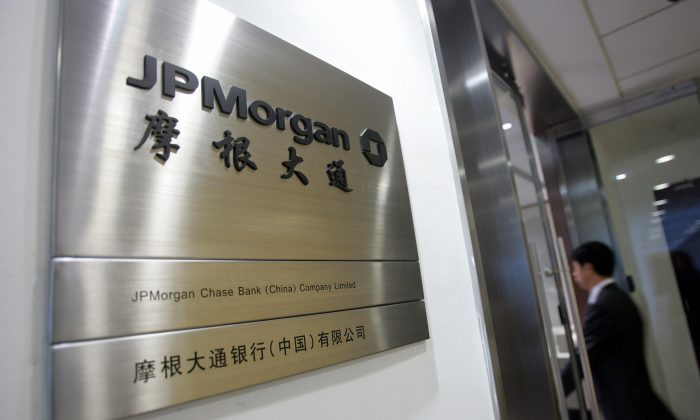 Credit Suisse AG is broadening its business in China, a move that puts the Swiss investment bank at odds with foreign rivals, some of which are reconsidering their China relationship after decades of slow growth and regulatory setbacks.

The bank announced Nov. 2 that it will open an onshore securities brokerage through Credit Suisse Founder Securities, a joint venture in which Credit Suisse retains a 33.3 percent ownership stake. The brokerage will operate in the Qianhai free trade zone in Shenzhen, and will count both Chinese and foreign institutional investors as clients.

The Swiss Bank is ramping up its China brokerage business on anticipation of greater onshore demand from the extension of the Shanghai-Hong Kong stock trading link to Shenzhen and in the future, other markets. The possible inclusion of Chinese A shares in MSCI’s widely followed global emerging markets index would also drive foreign business to Credit Suisse.

With last week’s announcement, Credit Suisse joins Goldman Sachs and UBS as the only foreign banks with brokerage capabilities in China.

Credit Suisse’s decision comes a month after JPMorgan said that it would exit its current joint venture JPMorgan First Capital.

While JPMorgan has denied that the sale of its First Capital stake means a full exit from the China market, it does signal that the bank is reconsidering its business model in China. JPMorgan established the China venture in 2010 for equity and debt underwriting, and similar to Credit Suisse, owned a 33.3 percent stake.

JPMorgan First Capital is profitable, but its small scale has been a drag. The joint venture generated a scant 18 million yuan ($3 million) in net profits last year. In an era where banks face increasing scrutiny from shareholders and regulators on risk management and capital deployment, Western banks have been reviewing the value of their Chinese presence.

Shut Out of China

The Chinese communist regime views banking as a core state industry and limits control and economic exposure foreign banks can hold. Wall Street banks must form a local joint-venture and are capped to a minority stake. Initially the ownership cap was one-third but in 2012 the threshold was increased to 49 percent, although no foreign bank has yet taken the step to increase their ownership.

As a whole, overseas institutions have made little headway in China since the country ostensibly opened up the market more than two decades ago. Morgan Stanley was the first foreign investment bank to set up a presence, forming China International Capital Corporation (CICC), a joint-venture with China Construction Bank. Today, CICC is no longer owned by Morgan Stanley—the firm sold its share in 2010 after the authorities refused to allow a greater ownership stake. CICC is now one of the biggest investment firms in China.

Most of the foreign-domestic joint ventures are profitable, but their scale of business is often miniscule, according to data from the Securities Association of China. In 2015, UBS was the most profitable with net profits of 296 million yuan ($44 million). But that amount was only 2 percent of the profits at Citic Securities, China’s biggest investment bank.

For foreign banks, that lack of operational control has made scaling the business far more difficult than previously envisioned. While China has grown to become the world’s third biggest market for bond and stock issuances, foreign investment banks haven’t been able to participate in the boom.

It’s telling that for a country with Asia’s biggest and the world’s second biggest economy, Goldman Sachs has been the only Western investment bank to base its Asia regional head—Mark Schwartz, who has since announced his retirement—in Beijing.

Today, having a Chinese investment banking presence—once coveted—is no longer hallmark of a successful global bank. And Beijing’s draconian foreign investment policies could mean that JPMorgan’s move is only the beginning of a trend.