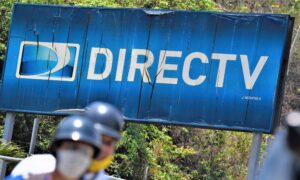 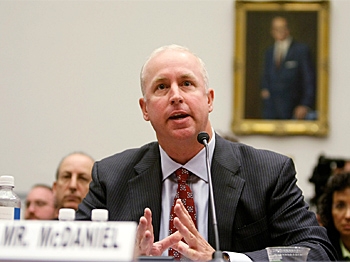 By Antonio Perez
biggersmaller
Print
NEW YORK—Corporate credit ratings agencies are often considered the gatekeepers of the financial markets. They rate millions of credit securities, bonds, and other debt issuances each year, and give their stamps of approval on safe investments.

But recently, banks and investors saw their investments evaporate after a market collapse of subprime securities formerly considered as high quality (“AAA”-rated) by the ratings agencies. Its ramifications are still felt today as global markets attempt to recover from a credit freeze.

A hearing held by the U.S. House Oversight Committee on Wednesday explored the roles of credit rating agencies in the current financial crisis, and its findings were hardly reassuring.

“Over the past several weeks, we have witnessed events that many, including myself, would have thought unimaginable,” said Raymond McDaniel, CEO of Moody’s Investor Services, referring to the current market turmoil on Wall Street. Moody’s is one of the “Big Three” U.S. ratings agencies. The other two are Standard & Poor’s (S&P) and Fitch Ratings.

The prepared testimonies of ratings firm executives were made public by the House Oversight Committee.

S&P President Deven Sharma echoed McDaniel’s assessment. “S&P is not alone in having been taken by surprise by the extreme decline in the housing and mortgage markets,” he said. “Virtually no one—be they homeowners, financial institutions, rating agencies, regulators, or investors—anticipated what is occurring.”

Fitch CEO Stephen Joynt testified that his firm did not fully grasp “the extent of shoddy mortgage origination practices and fraud in the 2005-2007 period.”

As the derivatives market collapsed, the ratings firms quickly downgraded securities ratings. Moody’s downgraded over 5,000 mortgage-backed securities during the last two years—but it was too little, too late as the losses were already incurred.

The executives blamed unscrupulous lending practices by mortgage originators, fraud, and inadequate risk management for the collapse of subprime CDOs and derivative instruments. The ratings agencies acknowledged that prior assumptions were incorrect, but denied any responsibility for the current economic downturn.

“[Subprime mortgages] are one of the original catalysts for today’s financial crisis, but that is not a complete picture,” Joynt said at the hearing.

All three firms are in the process of revamping their credit rating methods and improving internal controls.

Confidential internal documents obtained by Congressional lawmakers reveal that in some cases, credit officers aware of problems well ahead of the market failure. The Oversight Committee made these documents and e-mails public on Wednesday.

In a presentation to the Moody’s board of directors in October 2007, McDaniel outlined the “dilemma” facing his company.

“On the one hand, we need to win the business and maintain market share, or we cease to be relevant,” McDaniel said to the board. “On the other hand, our reputation depends on maintaining ratings quality (or at least avoiding big visible mistakes).”

Lawmakers have long lambasted credit ratings firms for a perceived conflict of interest. Their business depends on giving clients high credit ratings, yet their role in the marketplace depends on independence and objectivity.

“I offered my managers precious few suggestions on how to address this very tough problem, just assumed that they would strike an appropriate balance,” McDaniel concluded.

Later in the presentation, he admitted to the Moody’s board that sometimes, “we ‘drink the kool-aid.’”

In an instant message conversation log from S&P obtained by the Committee, an S&P employee wrote to another, “We rate every deal … it could be structured by cows and we would rate it.”

On a conference call transcript from July 2007 obtained by investigators, a portfolio manager at Vanguard Group, a major mutual fund company, shared her concern with S&P’s ratings process. The investor was “frustrated” with S&P and felt that its downgrades happened about a year and a half too late. The concern was geared toward S&P’s ratings of mortgage-backed securities.

In a separate e-mail, one S&P employee wrote to another, “Let's hope we are all wealthy and retired by the time this house of cards falters.”

A July report from the U.S. Securities and Exchange Commission found conflicts of interest and procedure override at credit ratings agencies. The SEC recommended stronger regulatory oversight of the industry.

“The story of the credit rating agencies is a story of colossal failure,” Committee Chairman Rep. Henry Waxman (D-Calif.) said at the hearing. The hearing was the third of its kind on the current economic turmoil.