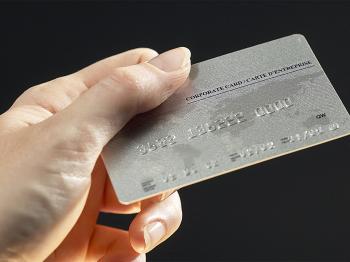 Heide B. Malhotra
View profile
Follow
biggersmaller
Print
Credit card delinquencies among U.S. consumers have reached a new record, a sign that, despite having reached the end of a recession, Americans are still having trouble paying bills and making ends meet.

According to the Fitch Ratings, Ltd. December 2009 Credit Card Index released this month, payments of 60 or more days late rose to a record high of 4.54 percent as of November. Fitch, the credit rating and research firm, expects delinquencies to continue until America’s unemployment situation improves.

Credit card companies wrote off a record high 11.52 percent of total debt from credit card holders by September last year, far above the historical average of 8.34 percent, according to Fitch. Lenders write off debt when the amount is not likely to be repaid.

“We do not foresee any meaningful improvement in the retail card credit quality in the coming months," said Fitch Managing Director Michael Dean in a release.

Moody’s Investors Service Inc. was a little less pessimistic and reported uncollectible credit card debt of 10.56 percent for the same period as Fitch. Although Moody’s saw a leveling off in delinquencies, it still predicts that delinquencies will peak at roughly 13 percent during 2010.

All three firms confirmed the fears of economists that unless U.S. companies start hiring again, consumers will not be able to pay their bills on time, which could negatively affect banks/lenders, mortgage companies, and retail stores that depend on consumer spending.

According to incomplete statistics from CreditCards.com, as of June 2009, there were roughly 631 million credit and 482 million debit cardholders in the United States. JP Morgan Chase, as the market leader, reported $166 billion in credit card lending by June 2009, followed by Bank of America Corp. with $151 billion and Citi Credit Cards with $103 billion.

Industry experts suggest that soaring credit card losses will affect credit availability and will also punish those that maintain a satisfactory credit history. Banks are being pushed into less lending, more hoarding of funds, or merger and acquisition activities.

More and more credit card firms are moving to prepaid credit cards, especially when it comes to those with a checkered or no credit history.

“This is precisely opposite the result the government seeks to obtain, but it's exactly what's likely to happen as an increasingly burdensome regulatory environment and rising credit losses conspire to fundamentally alter the risk-return characteristics of this business,” rationalized Tony Plath, finance professor at the University of North Carolina, in a 2009 CreditCards.com article.

“Credit card issuers have lost billions of dollars in credit card loans during this economic downturn. Now they are staring at these new provisions of the CARD Act that will limit their ability to make revenue," said Bill Hardekpf, CEO of LowCards.com in a statement. "They are coming up with ways to generate additional revenue and it obviously comes at the expense of the cardholder.”

President Barack Obama signed into law the Credit Card Accountability, Responsibility, and Disclosure (CARD) Act of 2009 on May 22, 2009, envisioned to stop predatory lending practices, increase transparency, and allows for easier reading of the fine print in credit card contracts and end many confusing lending practices.

The new law “marks an important milestone in the Federal Reserve's efforts to ensure that consumers who rely on credit cards are treated fairly," said Federal Reserve Governor Elizabeth A. Duke in a statement.

On Feb. 22, 2010, deadlines for actions by the Federal Reserve, regulators as well as a number of regulations go into effect, including that the credit card company has to give 45-days notice for an increase in interest rates or fees, provide minimum and late payment information on the credit card bill, prohibits interest rate increases during the first year of card ownership, restrictions on over-the-limit pricing and restrictions concerning underage credit card holders.

As expected, lenders will be ready to introduce more creative products to extract revenues from consumers.

“You make the stupid laws, I'll comply, and I'll make money … Tell me the rules, and then I'll outsmart you all,” Shailesh Mehta, former CEO of Providian Financial Corp., was quoted in the recent report “Dodging Reform: As some Credit Card Abuses are Outlawed, New Ones Proliferate,” published by The Center for Responsible Lending, a nonprofit think tank.

Credit card issuers’ latest innovative pricing tactics are meant to confuse cardholders and put a vulnerable, often uneducated consumer at a disadvantage. The innovative strategies have one thing in common: they were not addressed by the CARD Act.

These new practices “have been growing in frequency, with at least some top issuers changing their account terms recently to adopt or expand a particular practice. All are also either hidden or obscure and complex enough that most consumers are unlikely to notice these strategies or to fully appreciate their cost implications” the center said in a report.

Developing new or manipulating existing fees has become commonplace by credit card issuers. They have hit the market so fast, that even professionals have difficulties keeping up with them. Vocabulary, useless to industry outsiders, sprung up, obscuring the intent to be one step ahead of regulation and applicable law, and keeping the true cost factor hidden.

For example, when using the “pick-a-rate” pricing method, which is difficult for the layman to understand, consumers will have to shell out $720 million in total on an annual basis, and if the card industry picks up on this method, it will add $2.5 billion into card companies' revenues.

Consumers are also growing increasingly suspicious of credit card companies. Roughly 50 percent said in a survey, published by the comScore "Online Credit Card Report," that they are well aware of latest card industry wheedling, and no longer trust the credit card providers.

More than half of the people interviewed cut back on using credit cards. Roughly 27 percent stopped using credit cards and 12 percent cancelled their cards. About 9 percent closed out the account and moved to another card provider, while the remainder chose other payment methods. Only 3 percent went on a spending binge, increasing their debt to the credit card firm.

About 83 percent will continue to use the card if they receive cash back, while 41 percent would be interested in coupons to their favorite retailer. Roughly one-third said that gasoline coupons and points toward their frequent flyer tickets would also be acceptable.

“With the economic environment and regulatory mandates prompting issuers to make product adjustments, an already financially-sensitive consumer is responding with dissatisfaction and an increasingly negative perception of their card issuer,” Kevin Levitt, vice president at comScore said in a statement.