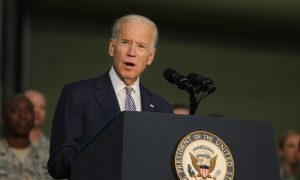 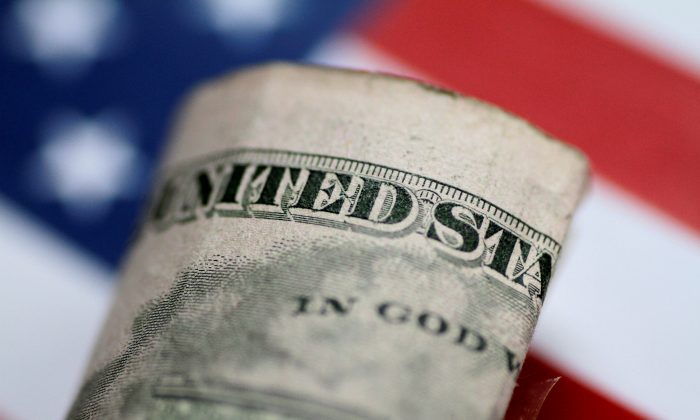 A five dollar note is seen in this illustration photo on June 1, 2017. (Reuters/Thomas White/Illustration/File Photo)
US News

Americans expanded their credit card debt by $26 billion in the last quarter of 2018, making it reach $870 billion—a record.

The credit card debt rose for the 24th consecutive quarter; and balances sliding into 90 or more days of delinquency have increased since 2017.

Total household debt increased by $32 billion in the last quarter and finished the year at more than $13.5 trillion. The largest chunk of that sum is mortgages at $9.1 trillion—virtually unchanged from the quarter before. Student loans stood at nearly $1.5 trillion and auto loans at almost $1.3 trillion.

Americans hold about 480 million credit cards, which is about 100 million more than in 2010, but still a bit fewer than at the precipice of the 2008 recession.

Consumer spending accounts for two-thirds of growth in the world’s largest economy and is expected to hold strong this year.

However, credit inquiries, which are one sign of consumer demand, slipped in the second half of 2018 to the lowest level recorded by the New York Fed.

Another signal of weaker demand, the closing of credit cards and other accounts, jumped to its highest level since 2010.

The report also showed that Americans have continued to turn away from home equity lines of credit, or HELOC, which can free up funds for other purchases. HELOC balances dropped to $412 billion in the fourth quarter, the lowest level in 14 years.

The report is based on data from the New York Fed’s Consumer Credit Panel, a sample of debt and credit records from anonymized Equifax credit data.