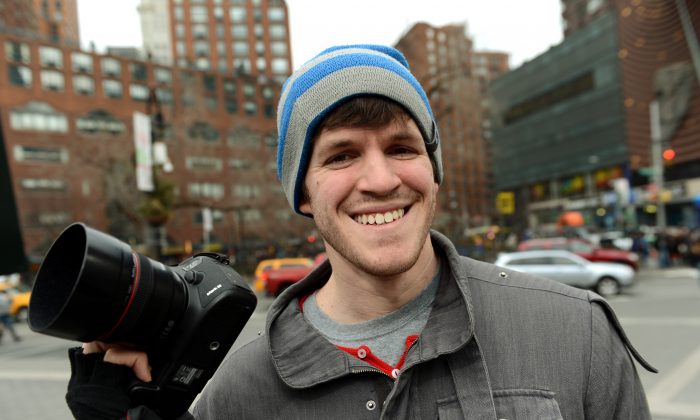 Brandon Stanton, creator of the Humans of New York blog, with his camera February 22, 2013 across the street from Union Square in New York. ( STAN HONDA/AFP/Getty Images)
Politics

Brendon Stanton, the creator of the hugely popular “Humans of New York” Facebook page, has publicly turned against Donald Trump, denouncing the GOP candidate in an open letter shared on the page.

“Humans of New York” features photographs and interviews of everyday individuals in New York City and beyond. The heartfelt stories featured there have made it one of the most popular Facebook pages, with a devoted following of more than 17 million fans.

I try my hardest not to be political.
— Brendon Stanton, Humans of New York

Stanton leveraged the popularity of the platform against Trump, denouncing him as a “hateful” man who  encourages “prejudice and violence” in an open letter that has been shared by more than half a million people on Facebook.

“I try my hardest not to be political. I’ve refused to interview several of your fellow candidates. I didn’t want to risk any personal goodwill by appearing to take sides in a contentious election,” Stanton wrote. “But I realize now that there is no correct time to oppose violence and prejudice. The time is always now.”

Stanton specifically calls out Trump for his alleged Islamophobia, and recounts his own experiences of interviewing hundreds of Muslims in Iran, Pakistan, and Iraq, as well as hundreds of Syrian refugees.

Read the full letter below.

An Open Letter to Donald Trump:Mr. Trump,I try my hardest not to be political. I’ve refused to interview several of…