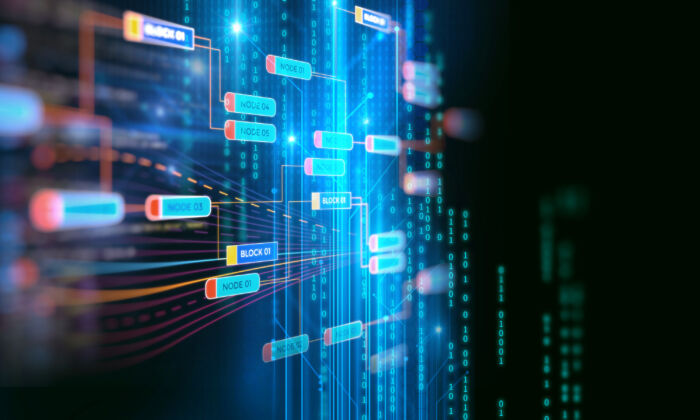 An artists rendering of blockchain technology. SALT Lending wants to create the first lending market based on the technology. (Shutterstock)
Companies

Creating a Lending Market on the Blockchain

Interview with Shawn Owen of SALT Lending
By Valentin Schmid

In a world drowning in debt, consumers and institutions can borrow and lend against any collateral: Houses, stocks, gold, watches, diamonds, government bonds — the possibilities are endless.

But there is one asset class the traditional lenders won’t touch with a ten-foot pole: cryptocurrencies and other crypto assets. And yet, because of their digital and transparent nature, these assets would be the easiest to collateralize.

Enter SALT Lending, the first blockchain-based lending network. It aims to use blockchain technology to securely collateralize crypto assets and provide fiat money loans against them.

But this is just the first step. Eventually SALT wants to put all asset-backed lending on its Ethereum-backed blockchain, using the technology to provide a better and cheaper service for lenders and borrowers alike. This is a daunting task, however, as many ambitious Ethereum ventures have yet to deliver on their lofty promises.

However, SALT Lending CEO Shawn Owen is adamant his venture-capital backed operation will succeed and outlines the strategy to make blockchain-based lending a reality.

Epoch Times: What is your value proposition?

Shawn Owen: We’re offering a new option for digital wealth, which is the ability to hold your asset and take out a loan against it. You have this for every other asset class, so this isn’t a new idea. It’s a new technology applied to a very old idea which is how do you protect the asset that you’re lending against?

How do you borrow money safely? The best way to do that is not just a handshake, but it’s to put something up as collateral. Say I’d like to borrow your car. I’ll leave my wallet and my credit card here for you just in case.

That’s a form of backing your promise. So we’re offering that for people who are holding blockchain assets with the low hanging fruit being bitcoin, Ethereum, and other crypto assets as collateral. But the technology can have that same function for any other type of traditional asset that gets recorded on a blockchain.

Gold is already starting to be recorded; it’s going to be stocks, bonds, just about every type of recorded asset. We’re going to have an opportunity to help people use that as collateral in a way that they have never been able to pay for.

Epoch Times: What are the benefits of having asset-backed lending on the blockchain?

Mr. Owen: For the first time in history you have a form of collateral that can be digitally represented in a form that can’t be counterfeited. It can’t be in two places at one time. It removes some of the problems with triple book entry ledgers.

It gives a lot more data to the market because it’s all recorded on these public blockchains or distributed ledgers. Market participants who are not related can still see what’s happening in the economics of these blockchains.

Epoch Times: Because your loans are backed by collateral, you don’t need credit scores.

Mr. Owen: Because you have a senior position on the collateral it lowers the barrier to what you need for repayment. This is the difference between income based lending, where you need credit scores to prove that you can repay the loan.

If the participant defaults on you in this situation, you can sell the collateral. So you have a lot less need to know about the individual or the creditworthiness because you’re not basing it off income, you’re basing it off pledged collateral that you have instant access to.

In the long run, I believe this will result in lower interest rates; in the short run there’s still learning curve. Until we see this new technology in practice though, you pay a premium for the fact that the lenders are still getting comfortable with this as an asset class, let alone an asset class that can be used as collateral.

So we’ve found that there’s plenty of people interested in being on both sides of the equation. Over time I think we’ll see a lot of efficiency gains.

Epoch Times: Who is providing the dollar funds for the blockchain loans?

Mr. Owen: We’re a network, a layer of technology that connects borrowers and lenders.

We have an apparatus to be a lender on that network, but we do not want to be that all the time. It’s designed for people who are in the business of lending to take advantage of a new borrower class and new technology. Banks could use it by funding loans through our platform.

That applies to any investors who are looking to put capital to work, a good option for fixed income people who are currently involved with real estate or bonds or other types of debt instruments like credit unions and accredited investors.

So it is a way for anybody to be the lender. We for the most part act as an agent, an arbiter, and escrow agency.

Epoch Times: And SALT makes money through the fees?

Mr. Owen: Yes; so we charge access through to the network in the form of membership. It flattens and simplifies the fee structure. Usually, you would have to charge for origination and title and servicing. We’ve just made that a percentage of the capital that’s going to flow to the system that we need to retain for our revenue and made it as simple as we could.

Epoch Times: And you pre-sold this access through tokens?

Mr. Owen: So we have taken our revenue stream of membership and put it on a blockchain, and we’ve pre-sold commitments to the platform mostly to prove to lenders that the borrowers exist. There is massive market demand, but it’s a lot better if you can show people how much interest there is.

A core tenant of our profit model is charging access the network. The buyer would pay that in the form of higher rates and fees in traditional lending contracts.  We’ve done everything we can to make that as straightforward and straightforward through our access model.

Because of the pre-sale and the price the tokens are trading at now, consumers can buy membership much cheaper than they ordinarily would. We need to market the business. So the best way we can market the business is by giving membership away for a very low cost in the beginning. We write all of that off as marketing.

Epoch Times: As a legitimate business, all of the money from the access pre-sale went through the company — the developers and the founders don’t get any of it?

Mr. Owen: Yes. We were self-funded through regular capital raises beforehand, and we’re continuing to borrow money to build the platform. We’re also staging an equity sale as a continuation of how we started.

All of the pre-sale money that came in from people buying early access to the site has been stored and locked away. And we’re using our model to borrow against those assets to prove that there is a good business model in holding on to assets and borrowing against them, which has given us leverage to continue to grow the business through traditional means of debt and equity.

Catch Shawn Owen and many industry legends like Charlie Shrem and Tim Draper at the Bitcoin, Ethereum & Blockchain SuperConference in Dallas in February of 2018. As a media sponsor, The Epoch Times extends discounted ticketing until November 30. Please use this link to register.