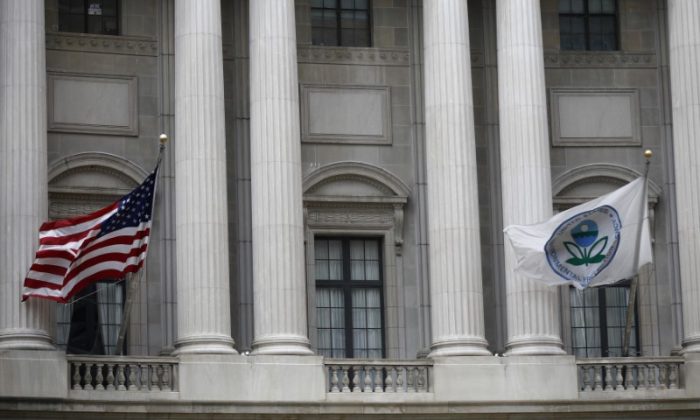 On one level, the following is a local story, because it was big news only in the Chicago metropolitan area (where I was born and still reside). On another level, it’s more than that. It’s the kind of story that could be written a hundred times over, all around the country.

The particulars change, but the themes are the same: misrepresented data taken out of context; public confusion, fear, and ultimately fury; irresponsible journalism; and politicians eager to exploit fear and anger to their advantage.

The U.S. Environmental Protection Agency (EPA) regulates certain air pollutants that are often called “toxic.” But, the EPA does not use that word. Rather, it calls the 187 compounds that Congress decided deserve special attention under the Clean Air Act “hazardous air pollutants,” or HAPs.

The EPA administers a vast national program to ensure that HAP emissions are controlled using the best technology available, and that these controls are properly operated and periodically checked to make sure HAP emissions that do occur do not present any unacceptable risk to the public.

The program, National Emissions Standards for Hazardous Air Pollutants (NESHAP), not only set the criteria for control of those 187 compounds, it also established best practices for many industries who use them.

The public does not realize how much time, money, and effort goes into ensuring that no one is exposed to “toxic” levels of HAP emissions. I don’t blame the public for that lack of knowledge; there are only so many hours in the day to stay informed in an increasingly complex world.

I do blame agencies who mishandle data. I do blame organizations and journalists who whip up fear whenever the next “toxic” scare occurs. And I do blame public figures who can’t wait to turn fear-mongering into votes.

The last toxic scare in Chicagoland erupted in a suburb called Willowbrook earlier this year, and it had all of the aforementioned classic elements.

The incident that triggered the terror was when the EPA released a report summarizing the results of ambient air sampling conducted in Willowbrook near a facility owned and operated by Sterigenics. Sterigenics, as the name implies, sterilizes things. In the case of the Willowbrook facility, it sterilizes medical equipment (most doctors agree that sterile medical equipment is a good thing).

Sterigenics was, and is, meeting all of the standards related to ethylene oxide emissions from its Willowbrook facility.

But, when the EPA reported that 18 ambient air samples taken in Willowbrook were determined to contain concentrations of ethylene oxide that exceeded their target one-in-a-million cancer-risk level, the press, environmental NGOs, and political types went nuts. And naturally, the public was swept along in the wave of terror.

The EPA screwed up handling this issue in a number of ways.

First, they didn’t offer any context. They didn’t explain how extensive and thorough the NESHAP program is. They didn’t note that people are exposed to equally minute concentrations of ethylene oxide generated by natural sources all the time.

Second, they didn’t emphasize how they threw out the majority (21 of 39) of samples taken because the ethylene oxide concentrations were too low (we call that cherry picking).

And finally, they didn’t explain that the supposed unacceptable cancer risk presented by the reported ethylene oxide analyses only applied if a resident stood in the same spot where the sample was taken and remained there for 33 years.

The EPA’s mishandling of the data created a vacuum of uncertainty that was quickly filled by panic. Leading the charge was a familiar figure in Chicagoland panic-attack tales: Chicago Tribune environmental reporter Michael Hawthorne.

Hawthorne operated in accordance with a personal playbook that gave top billing to the environmental NGOs that were predictably shocked to find that the innocent residents of Willowbrook had supposedly been exposed to such awful dangers.

A more rational voice or two might get a couple of sentences worth of quotes in a Hawthorne story, three or four paragraphs or so from the end. But, as is typical of crusading journalists waving the green flag, Hawthorne crafts his stories so as to minimize the legitimacy of any dissenting points of view.

It was election season and politicians of every stripe hoped to cash in on the delirium. Using Hawthorne’s inflammatory stories as a jumping off point, they piled on, accusing incumbents of falling asleep at the wheel while the ethylene oxide iceberg loomed ahead.

The Democratic Illinois Attorney General, Lisa Madigan, filed a lawsuit against Sterigenics on her own accord after the Illinois EPA (IEPA) refused to ask her do so, for the very good reason that the IEPA chose to respond rationally and professionally to the purported crisis, recognizing that Sterigenics was clearly fulfilling all their regulatory obligations.

The incumbent Republican governor, Bruce Rauner, who was engaged in a bloody re-election battle in a decidedly blue state, called for Sterigenics to shut down their Willowbrook operation in the hope that it would get him a few more votes.

The wheels were already starting to come off the story, for the reasons I noted, when a bombshell hit last week. The EPA acknowledged that it might have misidentified another more innocuous compound as ethylene oxide in the lab work.

That was, one hopes, the final nail in the coffin of another supposed crisis that has been about symbolism, not science. Sadly, the Great Willowbrook Scare of 2018 will surely not be the last time that baseless fear and those willing to exploit it create a crisis where none exists.

When science takes a back seat to messaging, everyone loses.