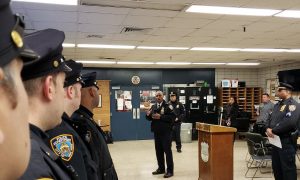 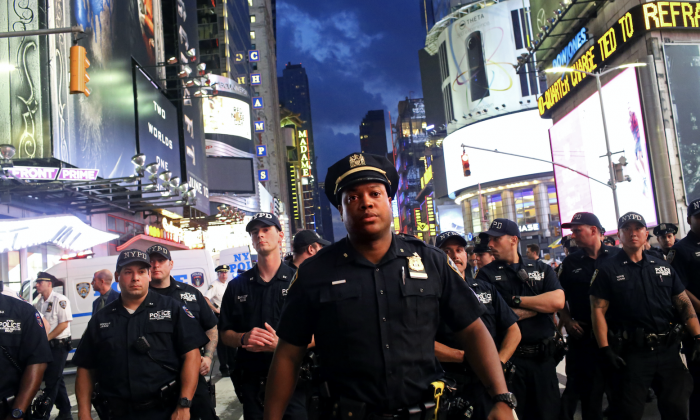 How we talk about race does matter: Leaders have a responsibility to avoid fanning the flames of racism for political advantage, such as what’s happening in Nashville, Tennessee, where a familiar national story is repeating itself.

You know the storyline by now: A white police officer shoots and kills a black man who is running away from the officer—it’s a multiple tragedy on several fronts. The national media then goes overboard in reporting the story, as in this case with the likes of Newsweek and The New York Times among those amping up coverage of the Nashville shooting.

It’s also a tragedy for the city and nation when Glenn Funk, the prosecutor in the case, decided to use incendiary and hyperbolic language at a preliminary hearing about whether criminal charges against the officer will advance.

Not hesitant to demonstrate his foolishness, Funk argued that Delke’s defense was similar to arguments “used at Nuremberg.”

During the Nuremberg trials, Nazi officers tried to justify their war crimes by claiming they were following orders. Chalk this up as yet another instance of the knee-jerk politically correct tactic of cluelessly bringing Nazis into the conversation.

Delke encountered Hambrick while the white officer was in a black neighborhood investigating car thefts. Hambrick was one of three men who fled from the police. Delke’s defense is that he was following police procedure for dealing with armed suspects who refuse police orders. After seeing a gun in the suspect’s hands, Delke claims he gave verbal orders: “Drop the gun or I’ll shoot.”

Hambrick didn’t drop the gun, nor did he follow any other of Delke’s police orders. Video cameras show most but not all of the encounter between the two men. What is clear is that Hambrick was running away from Delke with a weapon in his hands. The cameras show Delke stop, aim, and shoot four bullets, striking Hambrick three times in the back.

Delke says he fired because he feared for his life and the safety of others. According to this theory, the armed suspect could turn in a second and fire at the officer or accidentally shoot bystanders. The officer claimed the suspect looked back at him briefly, but this wasn’t captured on videotape—there are a few seconds where the suspect is out of view. Delke’s defense about fearing for his life is one that most police officers give when they make the split-second decision to fire their weapon.

Following police training on how to respond to an armed suspect is hardly similar to the heinous crimes that Nazis perpetrated against the Jews. To say otherwise is utter nonsense. The issue seems to be the police training, which is undergoing review in many parts of the country.

From the beginning, the handling of the case has been problematic. The prosecutor engaged in judge shopping to get his criminal warrant. The warrant came after a night court magistrate (Evan Harris) had reviewed the evidence and concluded there wasn’t sufficient evidence to charge Delke. Dissatisfied with the outcome, Funk went to a different judge (Michael Mondelli) and got a criminal warrant that appeased protesters from Black Lives Matter and other social-justice groups who demanded a community oversight board for police actions.

The mayor had his fingerprints on the case. Nashville Mayor David Briley told The Tennessean he had spoken with Hambrick’s mother shortly after her son’s death and assured her that his life mattered. Hambrick’s mother asked for justice, and Briley said that Funk’s warrant was “a necessary step towards that end.”

In other words, the mayor welcomed the warrant the first judge refused to issue for lack of evidence. Delke became the first police officer in Nashville charged for a murder committed while on duty. His case now goes to a grand jury.

Although Hambrick had a criminal record and had previously engaged in aggressive actions, those who believe the police officer acted out of racial animus argue that Delke had no way of knowing he was dealing with a person with a criminal record when he made the decision to fire his weapon. Delke, however, did know he was dealing with an armed black man.

Most likely, Delke was aware of demographic data showing racial disparities in crime rates and data on police shootings and ambushes. When he stopped, aimed, and fired, he was following police training and instincts in a high adrenaline situation.

A research study by professors Logan Strother and Charles Menifield, and research associate Geiguen Shin used data from 2014 to 2015 to provide an eye-opening account of police shootings and the racial dynamics involved. The results will be surprising for those with so much vested in racism as being a primary factor in police shootings.

Blacks fitting the profile of Hambrick were more likely to be killed by minority law-enforcement officers. The researchers believe this is related to over-policing communities because of increased encounters between the police and crime suspects.

The prosecutor’s grandstanding and over-the-top rhetoric does more harm than good to the Nashville community and the larger national discussion about crime and law enforcement. His references to Nazis and Nuremberg follows an all-too-familiar leftist tactic of labeling conservatives as evil.

Funk’s willingness to judge-shop and spew incendiary language to advance a criminal case against Delke is shameful and doesn’t serve the interests of the community or the national conversation we should be having about law enforcement and crime in minority communities.

What Nashville and other American cities need are leaders who work with law enforcement and high-crime communities to educate the public and address legitimate concerns about how to police high-crime areas without stirring up racial animosity.