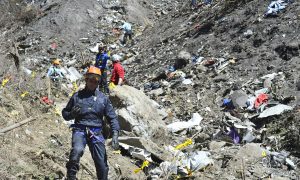 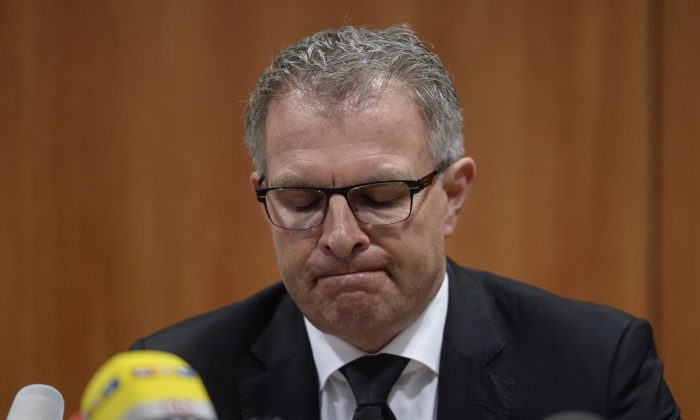 FRANKFURT, Germany—The crash of Germanwings Flight 9525 in France has heaped intense pressure on Lufthansa’s CEO Carsten Spohr, who in less than a year at the helm has had to grapple with weak earnings, labor unrest and tough competition from lower-cost carriers.

Analysts say he has made the correct moves, notably in his swift expressions of sympathy for the 149 victims and the relatives of those who died last week. French officials say co-pilot Andreas Lubitz locked the pilot out of the cockpit and deliberately flew the Airbus A320 into a mountainside in the French Alps.

They point to Lufthansa’s admission that Lubitz had told them during his training that he had been treated for serious depression as an example of owning up quickly to bad news.

“They are taking it absolutely seriously, they are not being anything other than completely cooperative with the authorities and that’s a good start,” said Andrew Charlton, managing director of strategic consulting and government affairs firm Aviation Advocacy in Nyon, Switzerland.

Spohr, he added, has “checked all the boxes” in responding to the crash and treating the situation with “the gravitas it requires.”

Spohr, 48, is far from done with the grim ordeal. The investigation will take months. Still ahead is the April 17 memorial service in the massive cathedral in Cologne, near where Germanwings is headquartered. The crash has stained Lufthansa’s strong safety reputation – it is its worst crash since being revived after World War II in 1955 and the first fatal accident since 1993.

The disaster during the flight from Barcelona to Duesseldorf has subjected the airline to scrutiny over whether Lubitz should have been allowed to join its budget arm Germanwings in 2013.

Spohr has said “no system in the world can rule out such an isolated event” but has been careful to say the word “sorry” and express his personal pain.

“I have worked at Lufthansa as an engineer, I have worked as a pilot at Lufthansa, I have carried responsibility as a manager at Lufthansa for many, many years,” he said. “Always, wherever I was, whoever my boss was, the rule was always safety is No. 1. And that this has happened to us – I can only say we are sorry.”

So far, the German press, unions and government have not turned sharply on Spohr. Germany’s Transport Minister Alexander Dobrindt said discussions over any management culpability from knowing Lubitz’s history of depression are “unnecessary.”

Aviation Advocacy’s Charlton said it would take a gaffe on a par with that made by BP CEO Tony Hayward after the 2010 Deepwater Horizon explosion and oil spill in the Gulf of Mexico to harm Spohr. Hayward’s poorly received comment that “I’d like my life back” helped cost him his job.

“Is his number going to come up? At this point, I have to say no,” said Charlton.

When it comes to forestalling internal criticism, Spohr may be fortunate in being a longtime Lufthansa employee.

After getting his pilot’s license through Lufthansa’s highly selective school, he started his business career there in 1994 as a personnel recruiter. His rapid rise included a stint in 1995-98 as assistant to then-CEO Juergen Weber. Spohr headed Lufthansa’s cargo business and the passenger airline business before succeeding Christoph Franz as CEO on May 1, 2014.

Spohr’s stewardship of the company has centered on cutting costs in the face of competition from lower-cost carriers such as Ryanair and EasyJet on short routes within Europe, and on international routes from government-connected airlines from the Person Gulf region: Etihad, Qatar Airways, and Emirates.

One major response has involved Germanwings taking over short-range flights outside the company’s international hubs in Frankfurt and Munich. Additionally, Lufthansa’s Eurowings division will adopt some of Germanwings budget seating practices – such as “basic” seating with no free checked bags or food – on long-range routes starting this fall.

Lufthansa lost 732 million euros ($785 million) under German accounting rules last year due to an increase in pension liabilitiess and paid no dividend, although it turned an operating profit of 954 million euros excluding financial items. Revenue was flat at 30 billion euros. Spohr has said operating earnings aren’t enough to pay for the investements in aircraft and premium services the airline needs to make to compete. Airlline analysts say insurance should cover the financial losses from the crash. The company said insurers have set aside 300 million euros, and the company offered to immediately pay 50,000 euros to victims’ survivors.

Another factor in Spohr’s favor is that he’s been in the job so little time – a change now would only increase the turmoil.

Yet crashes can prove to be the prelude to departure – if they are seen to expose underlying problems.

Malaysia Airlines CEO Ahmad Jauhari Yahya, is stepping down April 30 after a year that has pushed the company to the brink of bankruptcy – in 2014, the airline suffered the double tragedy of having one of its planes disappear with 239 people during a flight from Kuala Lumpur to Beijing, and another shot down, apparently by pro-Russian separatists, over eastern Ukraine as it flew from Amsterdam to Kuala Lumpur.

And Air France-KLM CEO Pierre-Henri Gourgeon left the company in 2011, two years after Air France Flight 447 crashed into the Atlantic. Safety experts raised questions about pilot training after the plane stalled at high altitude and the crew was unable to recover before it hit the water.