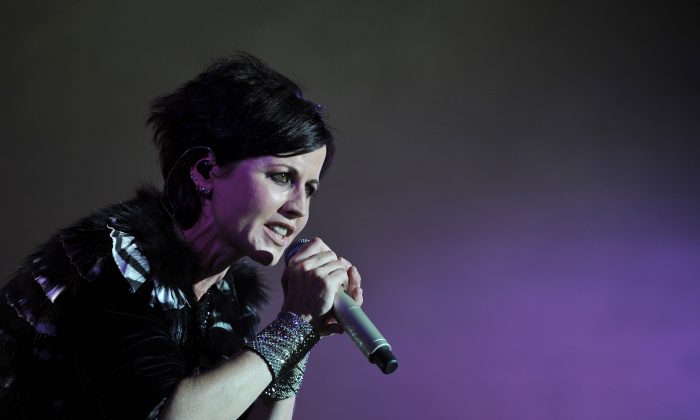 The death of Dolores O’Riordan came as a shock to her friends and colleagues. The 46-year-old Irish singer, best known as the frontwoman of the Cranberries band, was found in her Hilton Hotel room in London on the morning of Monday, Jan. 15.

The cause of death hasn’t been released yet, but police don’t suspect foul play, the Daily Mail reported.

O’Riordan had battled depression for much of her life and had attempted suicide in 2013, according to the Mail.

“I have bipolar disorder so I’ve experienced extremes throughout my life. But I was only diagnosed two years ago,” she told Metro in a May 3 interview. “There are two ends of the spectrum—you can get extremely depressed and dark and lose interest in the things you love to do, then you can get super manic.

“I was at the hypomanic side of the spectrum on and off for a long period but generally you can only last at that end for around three months before you hit rock bottom and go down into depression,” she continied. “When you’re manic you don’t sleep and get very paranoid. So I’m dealing with it with medication.”

Just hours before she died, O’Riordan left a voice message to Dan Waite, managing director of Eleven Seven Music, who used to work with the Cranberries.

“She sounded full of life, was joking and excited to see me and my wife this week. The news of her passing is devastating and my thoughts are with Don her ex-husband, her children and her mother,” Waite said in a statement.

O’Riordan seldom used social media over the past year, but during the last several weeks had posted twice on Twitter and appeared in a couple photos on Instagram with her boyfriend, Olé Koretsky.

Heading to YYZ to see my babies ❤️❤️❤️happy new year everyone! pic.twitter.com/zRJueGRX1s

Koretsky is a singer, producer, and songwriter with the rockband D.A.R.K. O’Riordan was recording with the band since 2014, resulting in a 2016 album “Science Agrees.”

O’Riordan, was in London to record vocals with the Bad Wolves band for a new rendition of her 1994 hit “Zombie.”

“We are shocked and saddened at the news of Dolores’s passing,” the band’s vocalist Tommy Vext wrote on Facebook. “We have always had deep respect for her as an artist and a vocalist and she was never afraid to bare her soul in her music and lyrics.”

“Dolores O’Riordan and The Cranberries had an immense influence on rock and pop music in Ireland and internationally,” she said. “To all those who follow and support Irish music, Irish musicians and the performing arts her death will be a big loss.”

Statement by the Irish President Michael D. Higgins, on the death of #DoloresORiordan pic.twitter.com/KZGfjenLVS

The remaining members of The Cranberries—Noel Hogan, Mike Hogan, and Fergal Lawler—released a statement on Twitter:

“We are devastated on the passing of our friend Dolores. She was an extraordinary talent and we feel very privileged to have been part of her life from 1989 when we started the Cranberries. The world has lost a true artist today.”

We are devastated on the passing of our friend Dolores. She was an extraordinary talent and we feel very privileged to have been part of her life from 1989 when we started the Cranberries. The world has lost a true artist today.
Noel, Mike and Fergal