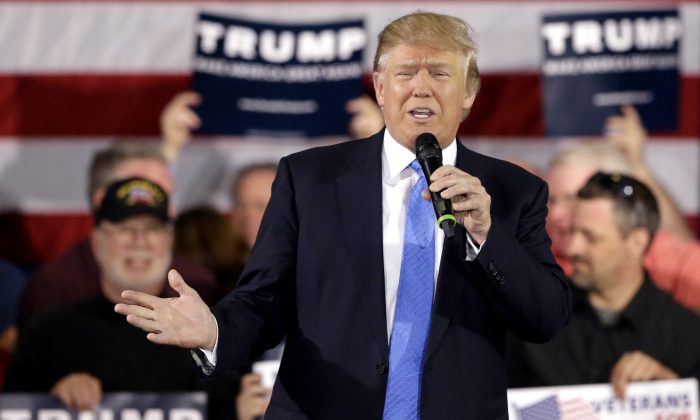 A Craigslist advertisement for anti-Donald Trump protesters has been revealed online.

The ad, which has since been taken down, was put up prior to the Trump rally in Janesville, Wisconsin on March 29.

The ad used an image that indicated the poster supports Democratic candidate Bernie Sanders. Trump has accused supporters of Sanders of being behind many of the disruptions at his rallies.

We are offering this amount because of the income inequality that we are fighting in America today!
— advertisement

The person who posted the image said they were offering $15 an hour.

“We are offering this amount because of the income inequality that we are fighting in America today!” they said.

“Pre-protest instructions,” signs, and a shuttle bus were promised.

“You don’t need anything except to show up in force,” the poster said.

The rally was later the scene of a scuffle between pro-Trump protesters and anti-Trump protesters, with one teen girl claiming she was sexually assaulted by Trump supporters and pepper sprayed in the face.

The non-profit organization behind the ad did not disclose itself. However, some people said the ad was most likely a joke, although that could not be confirmed either.

Some conservative blogs and news outlets have accused Sanders’ supporters or Hillary Clinton supporters of being behind the protests.

And the liberal group MoveOn praised the protesters who shut down Trump’s rally in Chicago earlier this month.

“To all of those who took to the streets of Chicago, we say thank you for standing up and saying enough is enough,” Ilya Sheyman, the executive director, said in a statement.

“To Donald Trump, and the GOP, we say, welcome to the general election. Trump and those who peddle hate and incite violence have no place in our politics and most certainly do not belong in the White House.”