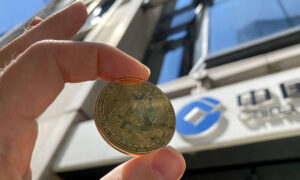 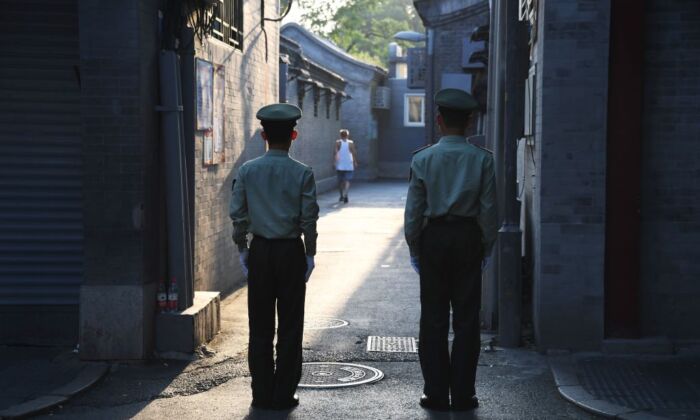 Chinese paramilitary police guard an alley in a street next to Tiananmen Square ahead of an overnight rehearsal of a military parade to mark communist China's 70th anniversary, in Beijing on Sept. 7, 2019. (Greg Baker/AFP via Getty Images)
Chinese Regime

Suppression and Restrictions as CCP Prepares for 100-Year Anniversary

In the lead-up to the 100-year anniversary of the Chinese Communist Party’s (CCP) founding on July 1, Beijing has imposed extensive “stability maintenance” measures, including flight bans, traffic controls, and repression of people who wish to file petitions against the authorities.

“Stability maintenance” is an often-used Chinese term for the authorities’ efforts to censor public opinion and suppress dissent, including petitioners and human rights activists.

Since May 22, authorities have been driving out “external persons,” or anyone who isn’t registered as a “native” Beijing resident. Many dissidents and concerned citizens come to Beijing from all around the country in order to petition the government. According to Weiquan Wang, a Chinese website devoted to news about human rights activists, Beijing began a massive drive to remove such people on June 12, demanding the complete elimination of political dissent by June 20.

On June 11, Beijing’s municipal authorities announced they would classify nine administrative districts as restricted areas from June 13 to July 1, including Dongcheng, Xicheng, Chaoyang, Haidian, Fengtai, Shijingshan, Fangshan, Tongzhou, and Daxing, where the flying of drones, remote-control aircraft, kites, balloons, and paper lanterns would now be prohibited.

Restrictions also now apply to domesticated birds, depending on the time and zone. In the Tongzhou district, birds such as pigeons must be kept in captivity at all times. Flying bans in the other eight districts came into effect from 6 a.m. to 3 p.m. daily.

The first rehearsal for the anniversary ceremony was held in Beijing’s Tiananmen Square from 9 p.m. on June 12 until early in the morning, and traffic was tightly controlled during the event, according to Chinese authorities.

Wu Shiming, a Wuxi-based petitioner, told the Chinese-language Epoch Times on June 13 that he was “absolutely not allowed to go” to Beijing.

“Now, as soon as you buy a ticket [to Beijing], they will ask you to come back. If time allows, they will come to the train station to bring you back. If not, they will wait to arrest you in Beijing,” he said.

“[I’ll be] sent to jail if caught. … Their brutality does not have a bottom line.”

Wu became a petitioner after the family’s ancestral home was demolished by local authorities in 2014. He was then violently assaulted until he lost consciousness; his right eye was left disabled.

Wu’s father was both physically and mentally devastated, and died a few days after the house was demolished. Wu’s mother, who was suffering from serious illnesses, attempted to commit suicide after witnessing the demolition, but ultimately survived.

According to a report by Radio Free Asia, some petitioners residing in Beijing will be forced to “travel,” a euphemism for being expelled from the city, on the eve of July 1.

One analyst said Beijing’s high-profile commemoration is intended to reinforce the legitimacy of the CCP’s rule, which has been questioned since it was founded on July 1, 1921, for subverting China’s then-legitimate government, the Republic of China.

U.S.-based China affairs expert Tang Jingyuan told The Epoch Times that it marks the end of the first stage of the “200-year” goal of the party, which now officially means to build a moderately prosperous society.

It’s not important whether the goal is actually achieved, Tang said. By remarking on the so-called “great national rejuvenation,” the regime will consolidate and strengthen the legitimacy of its rule, including Xi’s quest for reelection or even lifelong rule.

At the 20th National Party Congress, to be held next year, Xi could be reappointed by Party members for a third term.