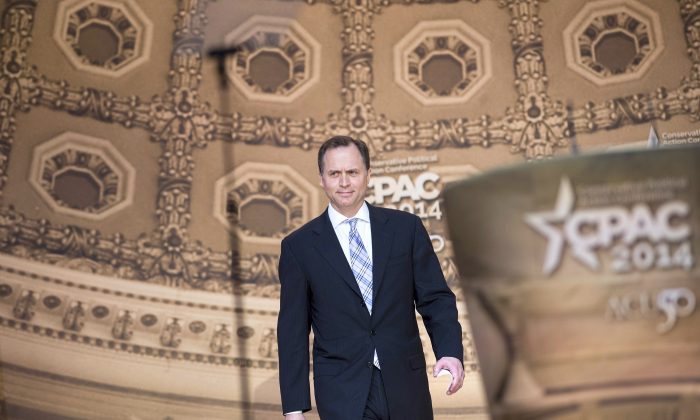 CPAC to Expose Socialism, Focus on ‘What Makes America Great’

The largest annual gathering of conservatives will tackle the threat of socialism in America and focus on the virtues that make the United States a great nation, according to Dan Schneider, the executive president of the American Conservative Union (ACU).

Schneider said the Democratic Party has shifted hard to the left in recent years, a trend evident in the ACU’s federal legislative ratings scorecards. Several Democrats ran on openly socialist platforms in the 2018 midterm elections.

“Socialism robs people of their identity. It robs people of their power, of their wealth, and of their influence. We need to reject socialism and all the evil that’s associated with it and restore the dignity of the person so that people could lead fulfilled lives,” Schneider said in an interview with The Epoch Times.

“We need to reeducate people about their ideas of our nation’s founding, why America is so special. We are the only nation on the planet founded on the proposition that people can govern themselves.”

The Conservative Political Action Conference (CPAC) will open in Washington on Feb. 27, and will draw thousands of conservatives from across the nation. President Donald Trump, congressional lawmakers, and prominent conservatives are scheduled to speak during the four-day event.

This year’s CPAC follows the surprise ascendance of young, far-left Democrats in Washington, including Rep. Alexandria Ocasio-Cortez of New York. Ocasio-Cortez is among dozens of Democrats who back the “Green New Deal,” a socialist policy proposal that would see massive government expansion into the private sector and cost U.S. taxpayers as much as $93 trillion.

One of the sponsored speeches at the event, titled: “Debunking the Climate Alarmism Behind Bringing Full Socialism to America,” will address the socialist underpinnings of the Green New Deal.

Schneider noted that while nations around the world reject socialism, there is a resurgence of popularity for the ideology among American youth and on college campuses. Nearly two in three registered voters believe the Democratic Party supports socialism, according to a Harvard CAPS/Harris poll released exclusively to The Hill.

Trump, a staunch critic of socialism and communism, will address CPAC on March 2, upon his return from a summit with North Korean leader Kim Jong Un. During this year’s State of the Union speech, the president said that “America will never be a socialist country.”

The theme for this year’s conference is “What Makes America Great,” according to Schneider. The tagline is a play on Trump’s campaign slogan, “Make America Great Again.” Asked if CPAC is embracing Trump, Schneider said that Trump is embracing CPAC.

“President Donald Trump ran as a populist and I think he has seen the ideas of conservatism as the right kind of solution,” Schneider said. “We are pleased that he is seeing that our ideas are the right ideas.”

A number of the Democrats vying for their party’s nomination for the 2020 presidential election have embraced socialist policies such as the “Green New Deal” and “Medicare for All.” Socialist Sen. Bernie Sanders (I-Vt.) announced his bid for the presidency less than two weeks before CPAC.

CPAC bills itself as the third largest political event of the year, in terms of media attention, trumped only by the State of the Union and the White House Correspondents’ dinner. Some 2,000 members of the media are expected to attend.

The event will feature some of the biggest names in conservative media, including radio hosts Mark Levin and Laura Ingraham. A number of Republican lawmakers will also speak, including Rep. Mark Meadows (R-N.C.), Rep. Jim Jordan (R-Ohio), and Rep. Devin Nunes (R-Calif.).