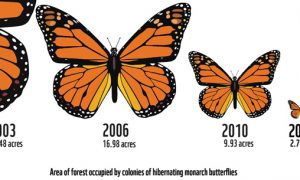 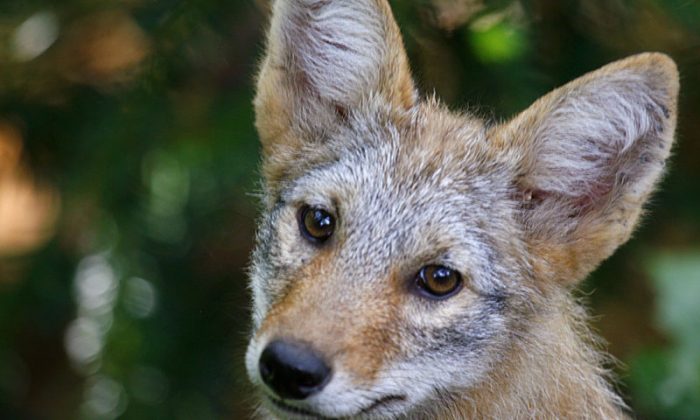 Coyotes in New York City – We Have Nothing to Fear

NEW YORK—It was a cold day in Cortlandt Park as we walked along a series of snow-covered paths, taking in the vast expanse of whiteness, looking for a coyote den.

Our hope of actually seeing a coyote was dispelled almost immediately as we were told by our guide, park ranger Rachel Neville, there would be “no chance” of a sighting today with a crowd of this size, especially since, as she informed us, her sergeant had only caught five sightings in all her years. It was likely the evasive coyotes already knew we were here.

Coyotes have been lurking among us for over 20 years, slowly integrating across all five boroughs of the city. Despite their menacing reputation, experts tell us we have nothing to fear.

NYC urban park rangers held a one-off event on March 21, at the Van Cortlandt Nature Center as part of their on-going series of weekend workshops. The aim was to inform locals about NYC’s growing population of coyotes, and it turned out to be the most popular event the rangers have ever held—the crowd of 50 hopeful coyote spotters had to be split into two groups.

The event was called Living With Urban Coyotes. Its goal was to provide information and raise awareness about the eastern coyotes by walking through their habitation to dispel any fears that anyone might have, and to issue guidelines on how to live in harmony with these timid creatures.

The eastern coyote, it is has been suggested through the use of DNA research, is a hybrid between its western counterpart and either the red timber wolf or the gray wolf. Not enough evidence is available to distinguish its exact pedigree.

The Gotham Coyote Project has been tracking the eastern coyote’s presence in the New York City area since 2006, using a system of cameras placed in strategic points around the woodlands of NYC.

It was created by local researchers Chris Nagy, director of research and land management for the Mianus River Gorge Project, and Mark Weckel, manager for Science Research Mentoring Program at The American Museum of Natural History. It relies on grants and public donations.

“We have to learn to live with nature,” said Nagy who describes the coyotes as a “very low risk” to humans.

Nagy considers the eastern coyote’s population increase and adaptation in New York a success story. “In conservation we don’t get much good news,” he said.

The next planned step is to start taking regular DNA samples of coyote feces in order to track their whereabouts, an operation that has proven otherwise very difficult to do, due to their evasiveness.

An example of the eastern coyotes living in harmony among people is in Chicago where they have been safely monitored since 2000. “There’s actually quite high exposure and they’re still pretty safe,” said Nagy.

The Urban Coyote Research team in Chicago, a project led by Stanley D. Gehrt, monitors the population of coyotes around the city suburbs using GPS-logging collars. Over their 15 years of research, tracking a total of 748 coyotes, there hasn’t been a single recorded attack on humans. Estimates of population could exceed a couple of thousand. It’s always hard to know exactly due to how difficult they are to capture.

The only history of attacks come from when the wild coyotes begin to associate people as a food source.

When people start feeding coyotes it breaks down the barrier of fear between them and humans. If they learn to expect food from people, they’ll become frustrated if they don’t get what they’re looking for. Equally when people leave food out for other animals, such as cats or birds, it draws coyotes into urban areas.

They may also attack other animals in the vicinity viewing them as either a threat or another potential meal. In California, this growing problem over the years has led people to label coyotes as pests.

“We need to keep coyotes wild,” said Camilla Fox of Project Coyote, a Californian-based organization aimed at the conservation of this hunted species, which they describe as playing an “invaluable, ecological role in urban and rural ecosystems.”

This apex predator is a main source in rodent control, with each animal being able to consume up to 1,800 rodents a year.

Coyotes in urban areas are usually either solitary or found in pairs since they mate for life. They generally tend to be outcasts from packs roaming more rural areas.

Mating season begins in February and lasts for 63 days. They can choose how many pups they will give birth to according to the abundance of food in their environment, a trait significant to coyotes. They are roughly the size of a small dog, weighing on average, 20 to 40 pounds.

Numi Mitchell, coyote expert and president of the Conservation Society has been tracking the migration of coyotes via GPS as part of the Narragansett Bay Coyote Study in Rhode Island. On its website it has a GPS map called Google Coyotes, showing the general whereabouts of all the coyotes living in that area.

Frank Vincenti, runs a New York based organisation called Wild Dog Foundation. He give free talks on coyotes, foxes, and wild dogs throughout New York, New Jersey and Connecticut, and free SKYPE to locations further away.

If you spot a coyote in the New York City area, the Gotham Coyote Project and the Wild dog Foundation urge you to contact them.

More information can be found on CoyoteSmart.

* Signs will soon be put up in all inhabited parks in the New York City area.