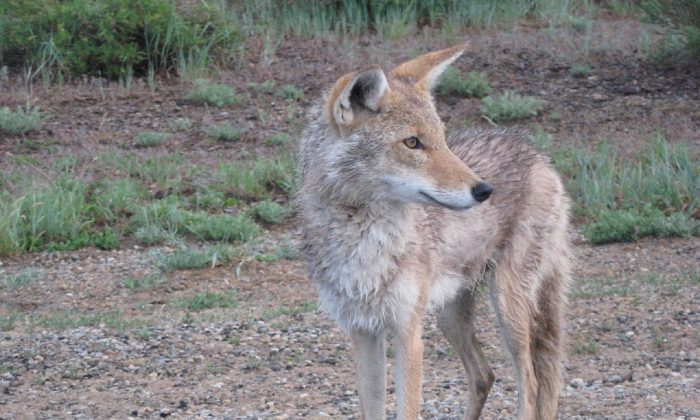 A file image shows a coyote standing on a road. (pixabay)
Southern California

HUNTINGTON BEACH, Calif.—A girl was being treated on April 29 for serious but non-life-threatening injuries she suffered in an attack by a coyote near the Huntington Beach Pier.

Officers were called at 9:45 p.m. on April 28 to the beach north of the pier regarding reports of a coyote attack, said Jennifer Carey, the Huntington Beach Police Department’s public information officer.

Officers located the girl and took her to a hospital, Carey said. Police declined to release details about the girl, but Fox11 reported she is believed to be 2 or 3 years old, and was with her mother and a sibling on the beach when the attack occurred. The station reported that the girl was bitten in the face.

The Huntington Beach Police Department worked in coordination with the California Department of Fish and Game to track the coyote.

Police said two coyotes were spotted during the search, and officers shot at both of them. Video footage captured one of the animals running along the shoreline.

On the morning of April 29, a coyote was found dead on the beach, and the second animal was found on the same day in the afternoon at Huntington Street and Atlanta Avenue and was euthanized, Lt. Toby Archer said. The dead coyote was being taken in for rabies testing, but it was unclear if it was the animal that attacked the girl.

The Huntington Beach Police Department has been conducting increased trapping efforts throughout the city over the last several weeks, Carey said.