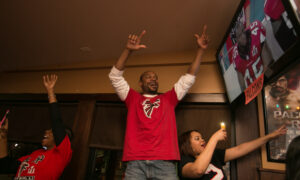 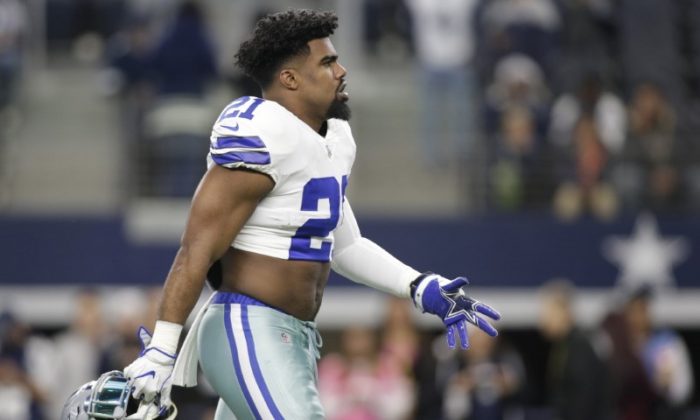 Dallas Cowboys running back Ezekiel Elliott (21) looks on before a game against the Seattle Seahawks at AT&T Stadium in Arlington, Texas, on Dec 24, 2017. (Tim Heitman-USA TODAY Sports/Reuters)
High-profile cases

Dallas Cowboys running back Ezekiel Elliott has tested positive for the CCP virus, according to his agent.

Rocky Arceneaux told the NFL Network on Monday that Elliott was feeling OK and recovering.

Arceneaux did not immediately return messages seeking comment, but a person with direct knowledge of the diagnosis told The Associated Press that Elliott had the positive test about a week ago and could be described as symptomatic. The person spoke on condition of anonymity because the person wasn’t authorized to discuss Elliott’s diagnosis publicly.

Only players who have been rehabilitating injuries have been allowed inside team facilities during the pandemic shutdown. That hasn’t included Elliott.

The NFL is in the process of establishing protocols for the return of players, including what would happen in the case of positive tests, but there is no timetable for their return. Training camps are supposed to start in a little more than a month.

For most people, the CCP (Chinese Communist Party) virus, commonly known as the novel coronavirus, causes mild or moderate symptoms that clear up within weeks. But for others, especially older adults and people with existing health problems, the highly contagious virus can cause severe symptoms and even death.

The 24-year-old Elliott has led the NFL in rushing twice in his first four seasons. He missed all of training camp last year in a contract holdout, eventually signing a $90 million, six-year extension a few days before the start of the season.