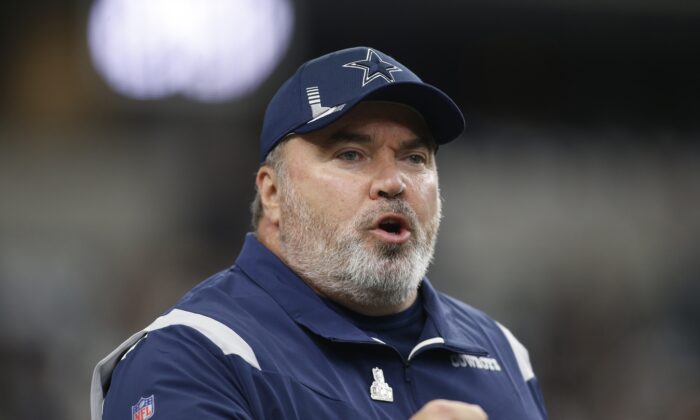 Dallas Cowboys head coach Mike McCarthy will miss Thursday night’s game after becoming the latest member of the organization to test positive for COVID-19 on Monday.

McCarthy will not be on the sidelines in New Orleans but will help the Cowboys (7–4) prepare for the Saints (5–6) on a virtual basis.

Defensive coordinator Dan Quinn will be acting head coach in-game against the Saints, USA Today reported. Quinn will move from the booth to the sideline while also directing the defense, per the report.

Steele will miss Thursday’s game due to NFL protocols, as will offensive line coach Joe Philbin, assistant line coach Jeff Blasko, and offensive assistant Scott Tolzien. All three strength coaches—Harold Nash Jr., Cedric Smith, and Kendall Smith—are in the protocol but the Cowboys said there’s a chance one of them could be back by Thursday.

Wide receiver Amari Cooper has missed the past two games in COVID-19 protocols but is expected to return to practice this week.

McCarthy, 58, is in his second season in charge of the Cowboys, who have lost three of their last four games. They fell 36–33 in overtime to the Las Vegas Raiders at home on Thanksgiving Day.