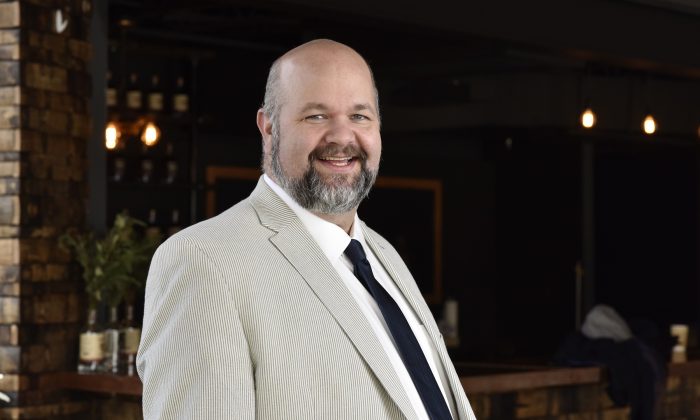 Robert Barnes, the lawyer for the Covington Catholic High School students who were the focus of a recent slew of false reporting, received a bomb threat after he warned media and celebrities that they may be the targets of a libel suit if they didn’t retract or correct false statements about the students within 48 hours.

The threat was sent via email through the contact form on the website of Barnes’ law firm on the morning of Jan. 23.

“I’m coming to bomb your office. Get ready. 48 hours. Be ready,” the message read.

Barnes said he reported the threat to the authorities and that the FBI and the Los Angeles Police Department are investigating.

The career trial lawyer offered his services for free after a number of media, celebrities, and others with substantial social-media followings published stories and comments maligning the high school students from Kentucky over their encounter with a group of Black Hebrew Israelites (BHI) and several Native Americans following the Jan. 18 March for Life in Washington.

Much of the initial coverage of the incident used edited footage that made it look like the students were chanting and cheering to mock Native American activist Nathan Phillips, 64. As videos from the scene demonstrate, the students started cheering and chanting to drown out offensive remarks being made by a small BHI group nearby, while they waited for their bus near the Lincoln Memorial. Some of the students were wearing hats with President Donald Trump’s campaign slogans, such as “Make America Great Again.”

While Phillips said the students harassed him, it was he who approached them, inserted himself into the crowd, and for several minutes, banged his drum within inches of the face of one of the students, Nick Sandmann, who responded by standing silently with a smile. At least five people followed Phillips into the crowd, filming and photographing the scene. At least one of them was part of a group of Native American activists alongside Phillips.

As another activist started to argue with one of the students and became confrontational, the students moved away from the Native American group.

Barnes said he’s received some half a dozen threats that he reported to the authorities, though he’s received thousands of messages since picking up the case and hasn’t been able to sift through all of them.

Having worked in the media spotlight before, Barnes was ready for pushback. But the Covington case brought upon him an especially vitriolic reaction.

“The intensity has been really striking,” he said via phone call.

The worst backlash, however, hit Sandmann and his schoolmates. Scores of Twitter users, some of whom wielding significant follower counts, called for the release of his personal information and his expulsion from school. Some even offered rewards, perhaps in jest, to people willing to inflict violence on Sandmann. Some made statements wishing death upon him and his schoolmates. Many have since deleted their comments.

The school closed down on the afternoon of Jan. 21 on law enforcement advice and opened on Jan. 23 under a heavy police presence, Fox 19 reported.

The school’s website appears to be out of order as of Jan. 24.

The Diocese of Covington evacuated its offices across the street from the Cathedral Basilica of the Assumption on Jan. 23 over several suspicious packages delivered to the offices. The packages weren’t dangerous, Fox 19 reported.

“We were just erring on the side of caution,” Covington Fire Chief Mark Pierce said.

Barnes blamed “madness” and “mania” unleashed by the “establishment media” for the wave of vitriol.

Among those specifically pointed out by Barnes as possibly facing lawsuits were The New York Times reporter Maggie Haberman and Rep. Ilhan Omar (D-Minn.).

On the flip side, Barnes said he’s never experienced such an outpouring of support as with this case. He said lawyers, investigators, and paralegals have reached out to him, offering to help with the case.

President Donald Trump voiced support for the students in a Jan. 22 tweet.

“Nick Sandmann and the students of Covington have become symbols of Fake News and how evil it can be,” he said. “They have captivated the attention of the world, and I know they will use it for the good – maybe even to bring people together. It started off unpleasant, but can end in a dream!”

Commentator and journalist CJ Pearson set up a GoFundMe page for the students on Jan. 22. The proceeds are to be donated to Students For Life, an anti-abortion nonprofit operating on school campuses. The page has raised over $46,000.

Barnes said the students’ families, in accordance with their Christian values, wanted to give people who maligned them a 48-hour grace period to correct and take back their statements.

“They want to give people the opportunity that was not afforded to their kids,” he said.

That grace period ran out Jan. 24.