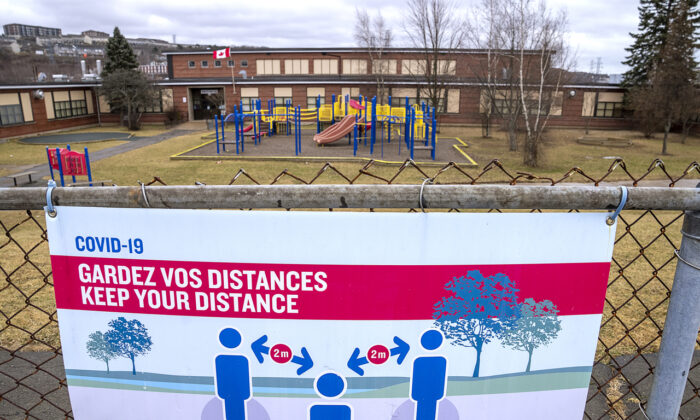 In Children, COVID Is ‘Certainly Very Mild’ Compared to Flu and Other Viruses, Halifax Doctor Says

The flu and other common viruses pose more of a risk to children to date than COVID-19, says the chief of pediatrics at the IWK Health Centre in Halifax, noting that few children have been admitted to hospital due to the coronavirus.

Dr. Andrew Lynk told CBC News that he remains far more concerned about the flu and other common viruses in children compared to COVID-19, even with the more transmissible Omicron variant now spreading in Nova Scotia.

He said the IWK and other regional hospitals have seen “very few” child admissions due to COVID-19, and the two recent cases admitted during his shift at the children’s hospital in Halifax were discharged after a few days.

“The ones that we have admitted have been mild and brief for the most part. It’s not to say that a child with certain high-risk factors couldn’t get quite sick from it, but we’re certainly not seeing that,” said Lynk, who is also the chair of the pediatrics department at Dalhousie University.

There are some children who were infected with COVID-19 in the community and later tested positive while visiting the hospital for unrelated issues, he said, but there has been no spread of infection.

Lynk noted that Omicron rarely causes severe illness, and most cases can be dealt with at home using the usual treatments for flu or the common cold.

By comparison, Lynk said 100 to 200 children are admitted to the hospital each year due to a highly contagious respiratory virus known as RSV, or respiratory syncytial virus. RSV can cause serious lung infections like bronchiolitis, and can be especially threatening to infants and toddlers.

An IWK statement issued in December 2021 noted that, since the cold and flu season began, many children have been coming to the IWK Health Emergency Department with cold symptoms, which often result from RSV.

In addition, Lynk said roughly 70 children have been admitted to the IWK due to influenza, with some even ending up in intensive care.

“About 10 of those will regularly end up in the ICU and occasionally we lose a child from the flu every year. We’re not seeing anything like that with COVID,” he told CBC.

“Compared to RSV and flu in children, COVID is certainly very mild.”

Lynk, along with eight other physicians in the Nova Scotia pediatric pandemic advisory group, have voiced support for the provincial government’s previous plan to allow students return to in-person learning at schools.

In an open letter to Nova Scotia parents issued Jan. 6, the doctors said that “COVID infections are mild, and long term symptoms are infrequent” for the vast majority of children and teenagers.

“The risks to children and youth from not providing in-class learning outweigh the current risks related to Covid,” the doctors said in the letter.

“Throughout the COVID-19 pandemic, people have caught infections mainly in the community and not from school contact. We recognize the Omicron virus may also spread in schools, but community and family gatherings are more likely to result in widespread infection.”

Lynk also reiterated the importance of balance while minimizing the risks.

“Probably the most dangerous part of going to school for most kids in the morning is getting on the bus or in a car, and we accept that risk every day,” he told CBC.

“We appreciate that the Omicron variant is more transmissible, more contagious, and we are going to see spreads in school just like we would with RSV or influenza. But again, we’re hoping with good hygiene and masks that that will be kept to a minimum.”

Nova Scotia announced in December that students will return after the holidays to in-class learning on Jan. 10, but later decided to switch to home learning for one week, to Jan. 17.