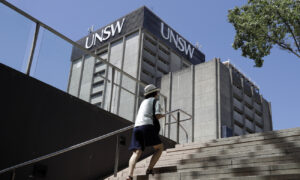 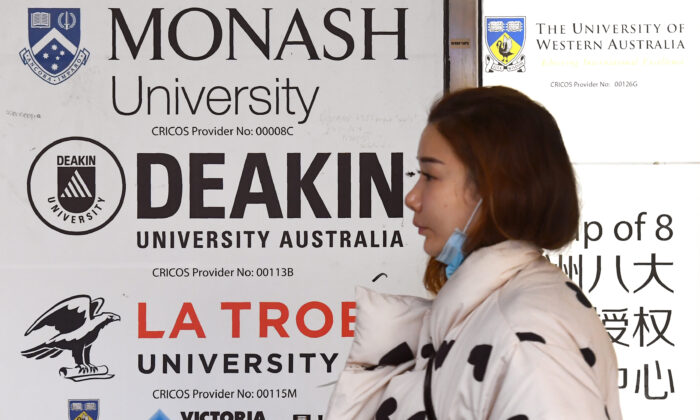 Australian universities need adopt new business models to survive through COVID-19 pandemic and beyond, according to a latest EY report. (William West/AFP via Getty Images)
Australia

COVID Could Force Australian Universities Into Bankruptcy If Sector Does Not Evolve: EY Report

Australia’s higher education institutes need to reinvent themselves to survive the COVID-19 pandemic, a consultancy group has declared.

The EY consultancy group predicted that by 2030 the Australian university sector would face a $5 billion (US$ 3.656 billion) to $6 billion (US$ 4.278 billion) revenue decline and a 50 percent cut of non-research positions, forcing the sector as a whole to either shut down or restructure. Additionally, it noted that one-quarter of Australian universities potentially faced bankruptcy.

Drawing on interviews with over 30 senior figures in Australian and New Zealand universities, ‘The Peak of Higher Education’ report concluded that the longer-term future of Australian higher education involved much more disruption than first thought in the pandemic-hit business models.

“The pandemic threw Oceania’s over-reliance on international student revenue into sharp relief–and demonstrated how universities create major systemic risk when they assume that today’s sector structure, competitors and profit pools will persist through the next 5 to 10-year planning horizon,” the report said.

It also declared that universities had lost their monopoly on accreditation with non-degree credentials becoming more mainstream as more employers and peak bodies have joined the accreditation market as workforce skill providers.

Forecasting that demand for traditional higher education may never return to pre-pandemic peak level in 2019, the paper also encourages universities to “create disruption within” the sector to generate a new market. It also recommends that they differentiate their services and commercialise their research for new revenue streams.

The Group of Eight (Go8), Australia’s eight leading research-intensive universities, which undertake almost 70 percent of the sector’s research activity, agree that the sector needs to urgently work out a long-term sustainable funding model to survive through the pandemic and beyond.

Go8’s chief executive Vicki Thomson said the Group alone had been forced to cut 4000 jobs and lost over $780 million ( US$556 million) in revenue in only the first year of COVID-19, and the pain is set to deepen over the next few years.

“Australia’s higher education sector will look different on the other side of the pandemic, with fewer international students, different ways of delivering education, and a sharper focus on research,” she told the Epoch Times on August 20.

“There is widespread recognition that the business model has to change, and that will require government, industry and the higher education sector working together to develop a model that is sustainable for the long term.”

However, she is confident that the goal is achievable, saying the government has listed the commercialisation of research–a key part of the change proposed in the EY report—as its priority.

“The Australian Government understands the importance of the research carried out in Group of Eight universities and in particular its contribution in the COVID context,” she said. “The commercialisation of research is a priority for the Australian Government; however, we need to consider a program of  incentives to help drive researchers and businesses to collaborate.”

Universities Australia (UA), the peak body for the sector, is more reserved about the proposals made in the EY report, insisting that the current business model, including on-campus learning, will remain valued by both domestic and international students.

“Australian universities remain optimistic about the future, ” UA chief executive Catriona Jackson told the Epoch Times. “They are among the best in the world, offering world-class tuition, educating future generations and equipping them for the rapidly changing world of work.”

She believes the current business model will sustain in a post-pandemic era, and universities have also shown adaptiveness to new challenges.

“All of the wonderful reasons why an Australian university education has proved so attractive before COVID-19 will still appeal to students after the pandemic is over, ” she said.

“University staff and students have done a remarkable job transitioning to online learning during lockdowns and borders closures, however for the vast majority, there is a strong desire to return to campus as soon as possible.”