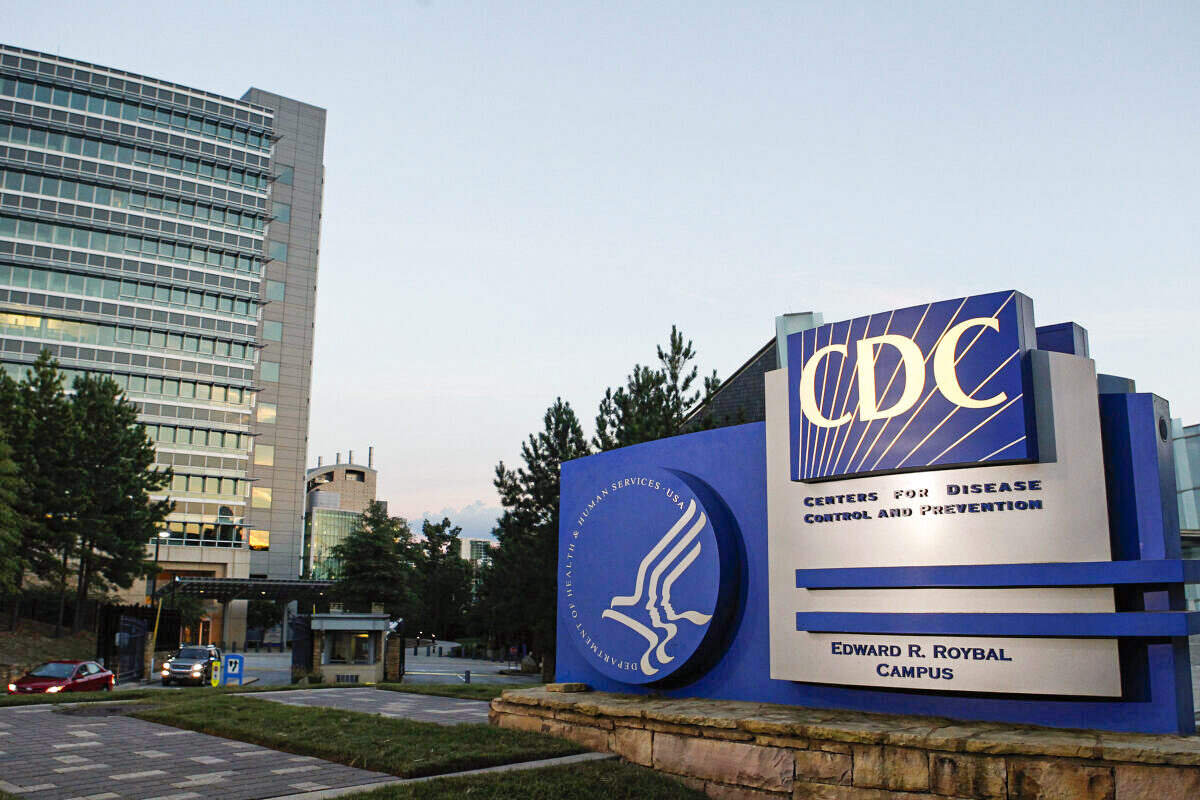 The Centers for Disease Control and Prevention headquarters in Atlanta is seen in a file photo. (Tami Chappell/Reuters)
Health Viewpoints

Public health officials rewrote the rules, and companies profited from the pandemic
BY Jennifer Margulis and Joe Wang TIMESeptember 1, 2022 PRINT

In early 2020, when the public first learned that a novel virulent virus was making people sick in China and around the world, it made sense to institute public health measures to protect against it.

But, instead of encouraging doctors and scientists to look for ways to treat the virus and ways to keep sick people away from healthy people, as has been done during other pandemics in modern human history, government authorities actively prevented doctors from treating patients.

Instead of open, honest discussion about the effectiveness of preventative measures and the different treatment options, the world was told that the only way out of the Wuhan coronavirus crisis was via mass vaccination. If the public understood that there were options for treating COVID-19 and that the infection was mild in more than 99 percent of the people who contracted it, they wouldn’t be as motivated to get a vaccine.

As someone born and raised in China, I, Joe Wang, saw firsthand how the Chinese Communist Party (CCP) runs a well-oiled machine, controlling every aspect of people’s lives, not for the good of the country, but for the personal gain of Party members. In the West, too, drawing from the CCP’s playbook, some quickly realized that they could capitalize on human fear and turn the pandemic into an opportunity for profit. The CCP used COVID-19 as yet another way to expand authoritarian control, which wasn’t surprising. But Western countries, too, weaponized people’s fear in order to roll out unprecedented control over people’s freedom.

Fear, it seems, is more contagious than any given infection. An imminent—or ongoing—apocalypse sells newspapers, blows up social media platforms, and can be parlayed into a breathtaking amount of financial gain.

According to Forbes, 493 people became billionaires in 2021. China minted 205 of these. The United States, in second place, had 98. Sixty-one of the world’s newest billionaires were in health care fields, among them were an Italian billionaire whose family makes the glass vials for COVID-19 vaccines; an Indian medical doctor whose hospital chain doubled its stock when it shifted its focus to COVID-19; the co-founder of BioNTech, the German company that worked with Pfizer to make its vaccine; as well as the CEO of the U.S.-based pharmaceutical giant Moderna.

‘The Doctor Will Lie to You Now’

So, when Jerry Daniels, founder of Brothers Media Group, opened a panel during the Conservative Political Action Conference (CPAC) in Dallas in August, with the insight that “COVID has everything to do with marketing,” for a session titled “The Doctor Will Lie to You Now,” it isn’t surprising that practically the entire audience was nodding in agreement.

“What is marketing supposed to do?” Daniels continued. “It’s supposed to influence people to take action and do something.”

And much of public health’s job is “messaging,” that is, marketing the behaviors they want the public to adopt.

In the case of COVID-19, the action people have been most influenced to take was to get vaccinated. The marketing campaign surrounding COVID-19 vaccines has been so effective that, as of Aug. 29, more than 12.6 billion shots have been put in people’s arms worldwide.

Given the growing body of scientific evidence that shows quite clearly that the vaccines don’t work to stop the spread of SARS-CoV-2, the virus that causes COVID-19, as well as the hundreds of studies and clinical testimonials showing that the vaccines can have severe and even devastating health consequences, especially for young people, the fact that so many people continue to accept them is baffling.

It is, according to Daniels, a triumph of marketing.

The Vaccine Doesn’t Work, so the Definition Was Changed

For nearly 15 years, from November 2007 to August 2021, the Centers for Disease Control and Prevention’s (CDC’s) working definition of “vaccine” was: “A product that stimulates a person’s immune system to produce immunity to a specific disease, protecting the person from the disease. Vaccines are usually administered through needle injections, but can also be administered by mouth or sprayed into the nose.”

But in September 2021, according to Daniels, U.S. public health authorities changed the definition of “vaccine.”

The new definition, which the curious reader can find under the title “Vaccine Basics” on the CDC’s BAM! Body and Mind webpage, a classroom resource for teachers, became: “A preparation that is used to stimulate the body’s immune response against diseases. Vaccines are usually administered through needle injections, but some can be administered by mouth or sprayed into the nose.”

The CDC had deleted a key part of the definition of vaccines. You will no longer find anywhere on its website the assertion that a vaccine “stimulates a person’s immune system to produce immunity to a specific disease, protecting the person from the disease.” However, a 2015 World Health Organization document (pdf) cites the CDC’s previous vaccine definition.

The COVID-19 vaccines don’t produce immunity protecting people who are vaccinated from getting the illness. This fact should have spurred the CDC and every other health authority in the world to stop the current vaccination program and work overtime to create a better, more effective, and safer vaccine.

But, instead, the CDC is working hard to dupe the American people by claiming that the mission of these vaccines was never to stop the spread of coronavirus in the first place.

Are They Really Vaccines?

According to Malone, it’s highly problematic to call any of the injectables being used currently against SARS-CoV-2 “vaccines.”

The term “vaccine” traditionally refers to a product that provides “prophylactic protection against an infectious disease,” said Malone, a physician and research scientist who was part of the team that developed the mRNA technology used in several brands of the COVID-19 injections.

“We now have clear documentation that these products are not protecting against infection, replication, or spread of the virus, and the multiply-inoculated actually are having longer periods of infection.”

The COVID-19 injections, Malone said, don’t meet the criteria for a vaccine.

“Disagreement is the method by which we make scientific progress,” said McCullough, a cardiologist who has publicly voiced his concerns about the safety of the vaccines.

Miller, a family physician based in Virginia, said that he felt enormous pressure not to speak openly about his concerns about vaccine safety, and to not even ask questions about what the government health officials were saying about the safety, efficacy, and necessity of the COVID-19 injections.

But it was perhaps Daniels’s question that resonated most with us.

“Why in the world are we still giving a genetic ‘jab’ to people when we know that it’s killing them at record rates?” he asked. “Where is the sanity in that?”